Rep. Rosa DeLauro, a Democrat from Connecticut, gave a full-length new meaning to leftist fear-mongering on Friday, when she took to the House floor and she delivered a most despicable speech[1], including a poster board she must have made herself that had the word ‘GOP’ on it — which according to her brain stands for “Get Old People.”

What does GOP actually stand for? ‘Grand Old Party’…But it’s seen better days when it comes to actually conservative members of that party. 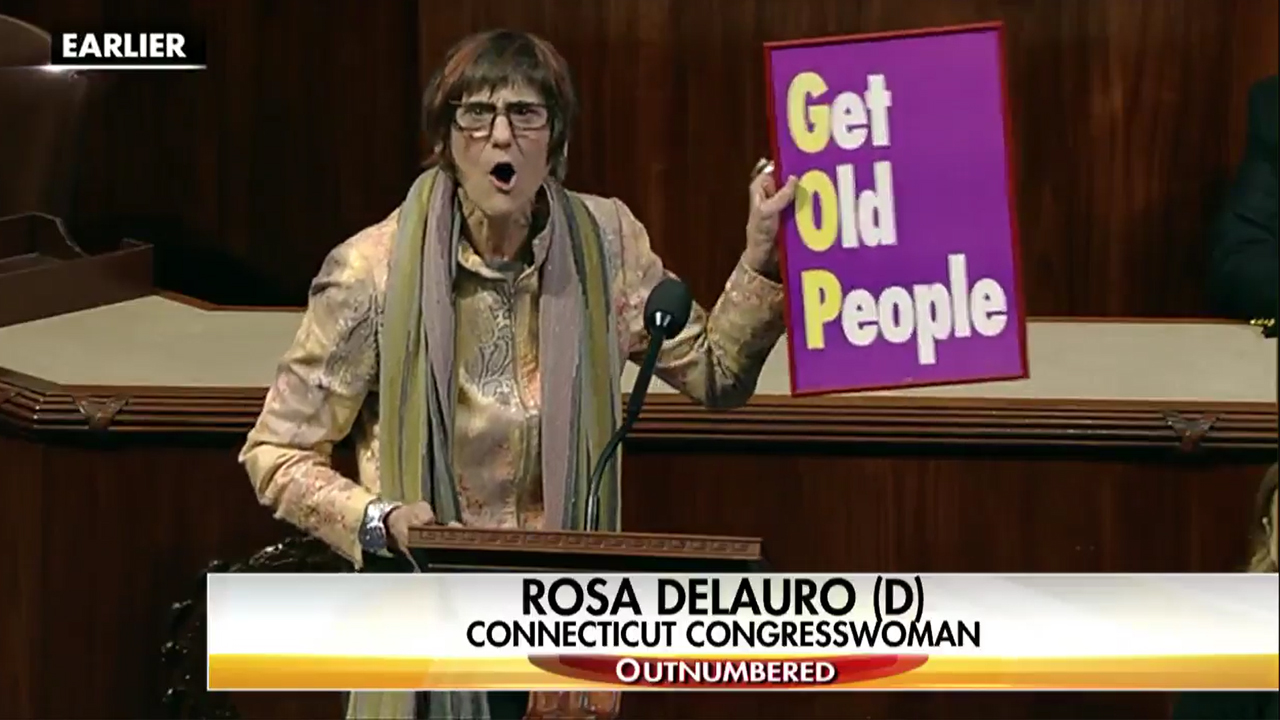 DeLauro shouted from the floor of the House of Representatives that the GOP goes after old people, specifically, the Paul Ryan bill that failed.

“That’s what this bill does. That’s what people are going to vote ‘yes’ for today. We have an obligation.”

DeLauro’s remarks came just hours before the Republican leadership in the House withdrew the American Health Care Act due to not having the support or the votes to pass yet another government healthcare plan.

DeLauro’s inflammatory claim was met with a whole lot of comments on social media mocking and disregarding DeLauro.

@FoxNews[6] @rosadelauro[3] Don't you have an obligation to not be insane? How did this woman escape?

There’s more where that came from:

@FoxNews[6] @rosadelauro[3] Someone come get their crazy Grandma! She's ranting at the house today…

@FoxNews[6] @rosadelauro[3] How was this deranged lunatic elected to Congress? And people wonder why Trump won?????

The tweets are ENDLESS…as endless as this congresswoman’s insanity. Come on people. Haven’t we had enough of the lunatics, the radicals, the partisans from BOTH sides of the aisle? What ever happened to letting the Constitution guide and be the law of the land? It got pushed into the garbage by the progressives on both sides…

If we actually elected leaders with our only demands that they follow the Constitution to the fullest, these crazies in politics would cease to exist and NO ONE would know what a ‘social justice warrior’ is…