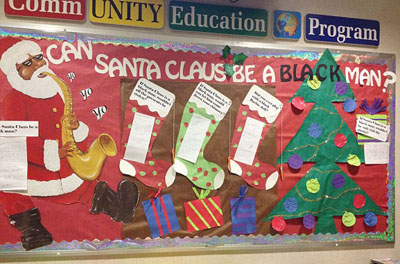 If Santa were black would you be afraid to let him come down your chimney? Or would he only visit “the hood”? These are some of the questions asked in a racist Christmas display at Indiana University. Needless to say, the university has apologized for the debacle.

The controversial display featured a banner headline that asked, “Can Santa be a black man?” And all the type was white… except for the word “black” which was helpfully colored black to, you know, slam that message home. 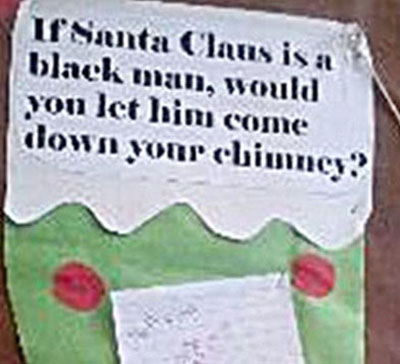 Naturally, the display got everyone mad, as well it should.

The university claimed that the display was supposed to “raise awareness and promote discussion on issues such as race, gender and sexual identity,” because, you know, our universities never do enough of that sort of nonsensical “awareness” raising. 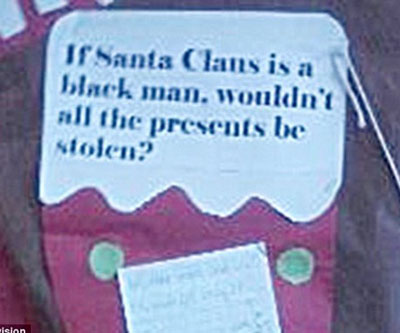 The school soon apologized for allowing this abomination to be displayed in its classroom and announced that it would be pulled down.

“The sign is being removed. The intention was to educate, not offend, but we recognize the problem and apologize to everyone effected,” the university said[1] on Monday.

“While the intent was good the execution was misguided,” University spokesman Mark Land said.

Land went on to complain that too many people didn’t know the “context” of the display and said he understood how people could get the “wrong” idea and think it is racist.

There is a reason it looks racist, Mr. Land. It’s because its racist.