US Sec. of State Kerry Wants More Laws to Hobble the Internet

Get ready for RightWingNews or any of your other favorite conservative news sites to be legislated out of existence if Secretary of State John Kerry has his way. Kerry is calling for an avalanche of new laws to hobble the Internet. 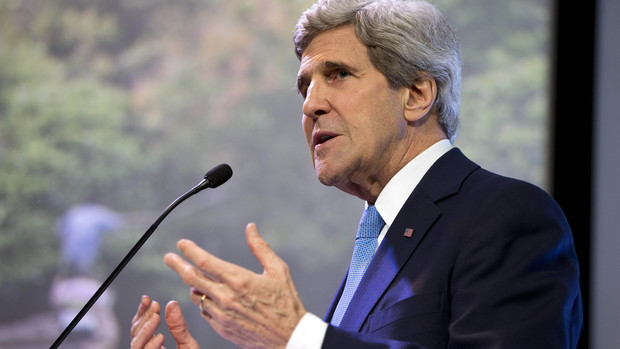 Kommie Kerry claims he wants the Internet to “work properly” but in Obama commie speak that means work to promote liberal causes and to eliminate the free speech[1] of naysayers.

In a speech today in South Korea, Secretary of State John Kerry said that the Internet “needs rules to be able to flourish and work properly.” This, according to Kerry, is necessary even for “a technology founded on freedom.”

Speaking on behalf of the Obama administration, Kerry said that Internet policy is “a key component of our foreign policy.”

Kerry made his remarks in the context of talking about how international law is applicable to the Internet. “As I’ve mentioned, the basic rules of international law apply in cyberspace. Acts of aggression are not permissible. And countries that are hurt by an attack have a right to respond in ways that are appropriate, proportional, and that minimize harm to innocent parties. We also support a set of additional principles that, if observed, can contribute substantially to conflict prevention and stability in time of peace. We view these as universal concepts that should be appealing to all responsible states, and they are already gaining traction,” said Kerry.

“I guarantee you if those five principles were genuinely and fully adopted and implemented by countries, we would be living in a far safer and far more confident cyberworld.

This is the next step for anti-freedom Democrats, communists, dictators and other Obamaists everywhere. They want to squelch the Internet, destroy its capitalist engine, and quash free speech.