Wow… they weren’t kidding[1] when they said the Democrat Party was imploding into a smoking rubble heap. Whooosh! Right off a cliff and an explosion ensued. Look at the last graph at the bottom of this post. It tells the whole story. The change in Democrats in positions of power has plummeted HUGELY since 2008. The Senate is down 10.2%. The House is down 19.3%. The Legislatures are down 20.3%. And Governors are down a whopping 35.7%. That thud you heard was the death drop of the Democratic Party as they take a Thelma and Louise dive off a political cliff.

When election season started, I commented that the Democrats had no bench. All they had were a few aging Marxists. Sure, there’s a few exceptions like the Castro brothers (aptly named). But overall, they are out of people to carry forward the cause. And the ones left are so corrupt and such proven liars that they are being beaten handily by Republicans and Independents. I think the donkey has kicked the bucket. 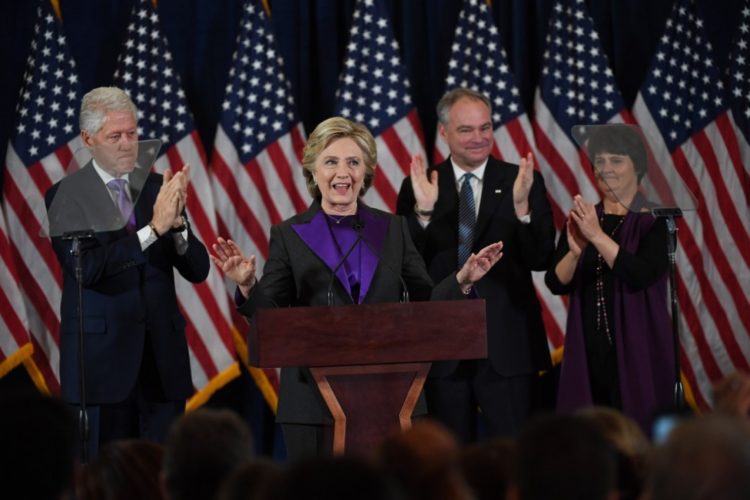 That whistling sound you hear is the party Thelma-and-Louiseing.

Two days after its candidate for the presidency suffered a stunning loss, the tension within the party became uncontainable. The Huffington Post reports that at a party meeting on Thursday, a staffer named Zach yelled at[3] Donna Brazile, who took over as chair following the resignation of Debbie Wasserman Schultz this summer.

“Why should we trust you as chair to lead us through this?” he said, according to HuffPo’s Jennifer Bendery. He went on to accuse Brazile of having “backed a flawed candidate,” Hillary Clinton, and having “plotted through this to support your own gain and yourself.”

“You are part of the problem,” Zach reportedly said.

We tend to focus on the loss of the presidency as the example of Democratic failure. That’s blinkered. Since 2008, by our estimates, the party has shed 870 legislators and leaders at the state and federal levels — and that estimate may be on the low side. As Donald Trump might put it, that’s decimation times 50.

No wonder Zach got mad.

The Dems put forth Hillary Clinton because a deal was made somewhere along the line that it was her turn after Obama. She’s so corrupt and dirty that it became a joke. Is anyone surprised that Trump beat her? The world may be shocked… Americans not so much.

When Clinton’s status as the lone serious Democratic candidate in the 2016 field was realized, it was touted as a virtue by party insiders. No primary! And she’s by far our best candidate anyway, they argued. Big mistake. Obama wasn’t a resurgence for the party of Marxists. He was a charismatic anomaly that petered out towards the finish line with no firebrand to take his place except an elderly corruptocrat that no one wanted in the end.

Per WaPo[4], the reason for the “Clinton or bust” strategy was simple: There simply wasn’t anyone else. Vice President Biden was a possibility, but the death of his oldest son, Beau, in May 2015 effectively sidelined him. (And at 73, Biden isn’t exactly a spring chicken.) Beyond Biden and Clinton, name someone else who looked ready to make a serious run at a national nomination. There isn’t anyone. Compare that to the Republicans who had 16 running and many others in the wings.

The Dem Party is basically destroyed, decimated, kaplooey… whatever you want to call it. They’ve been flattened by an elephant they made fun of. Now, they are turning to a Muslim to lead them in Keith Ellison. Desperation thy name is Democrat. 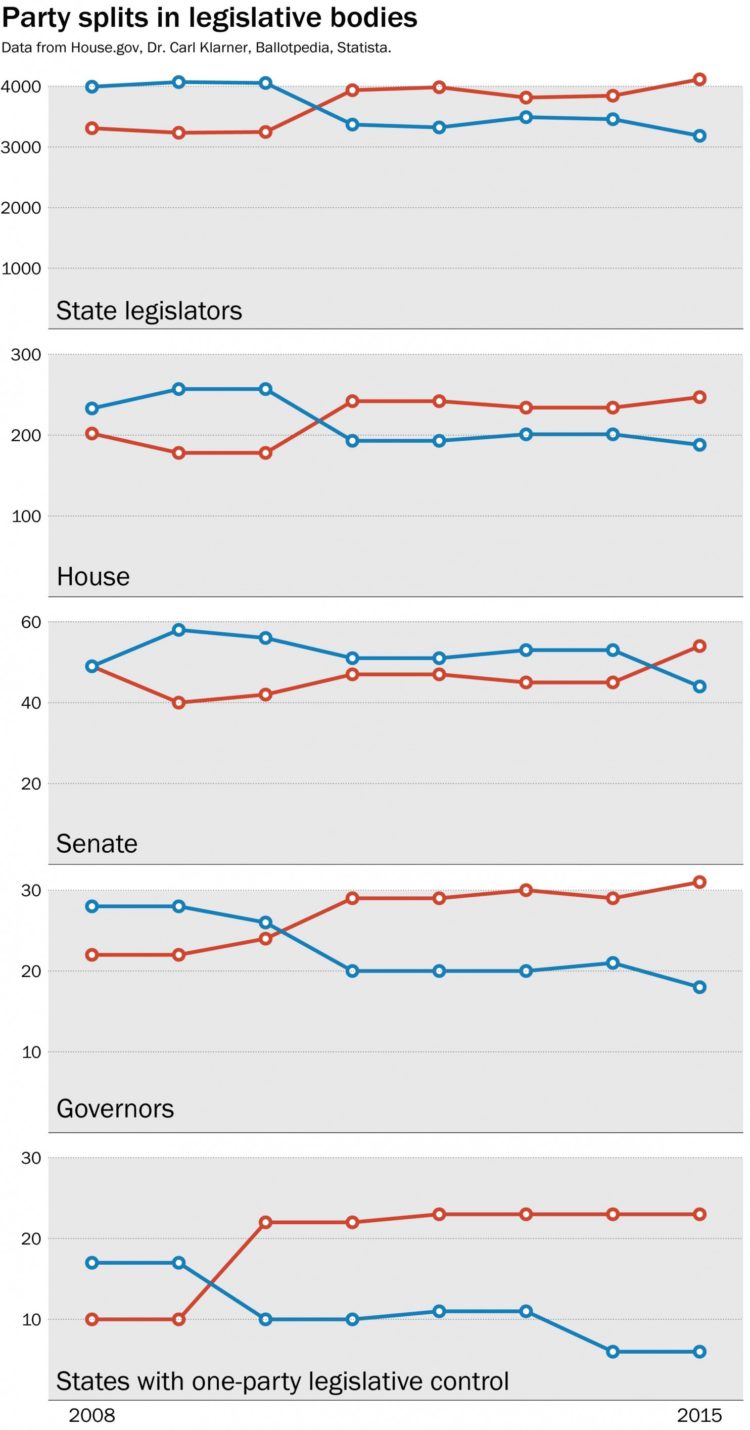 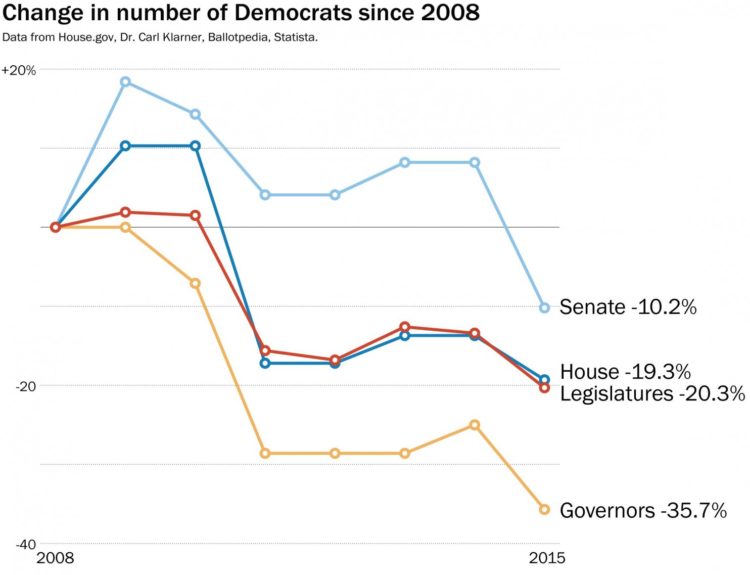