On Monday, the three Americans and the one Briton who rushed the would-be terrorist on a French train and probably saved the lives of dozens of passengers were given France’s highest civilian award, the Legion d’Honneur. 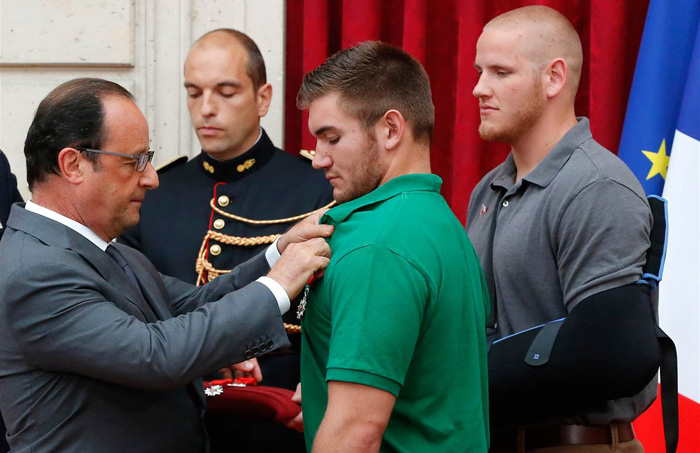 These amazing four men who leapt into action[1] to stop a Muslim terrorist from murdering at will have now been given a high honor.

“Here are four men who with the help of others acted not just to save their own lives but who also came to help others and saved the lives of others,” said Hollande, who added that the actions of the brave few helped prevent “true carnage” aboard the train carrying around 500 people.