Jim Clifton, head of the Gallup Organization, and Diane Swonk, Mesirow Financial, recently appeared on CNBC to discuss the unemployment rate and outlook for U.S. jobs. But Clifton has become known, now, for pointing out that Obama has lied terribly about his unemployment figures. And now it seems that Mr. Clifton is worried that he might “suddenly disappear” for calling Obama on his lies. 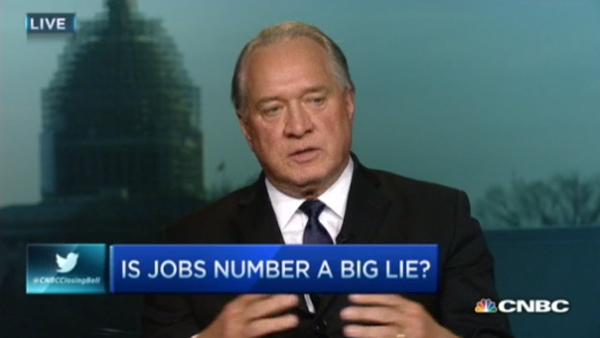 As Jim Hoft notes[1], “The CNBC interview came one day after Clifton had penned a gutsy opinion piece on Gallup’s web site, defiantly calling the government’s 5.6 percent unemployment figure “The Big Lie” in the article’s headline. His appearance on CNBC was apparently to walk back the “lie” part of the title and reframe the jobs data as just hopelessly deceptive.”

Yep. That’s how Obama works, for sure.