[VIDEO] Marco Rubio: If Elected I would Reverse Obama’s Amnesty

Florida Senator Marco Rubio said today that if he is elected President and if Obama had successfully gotten his amnesty for illegals in place, he will reverse Obama’s rule. 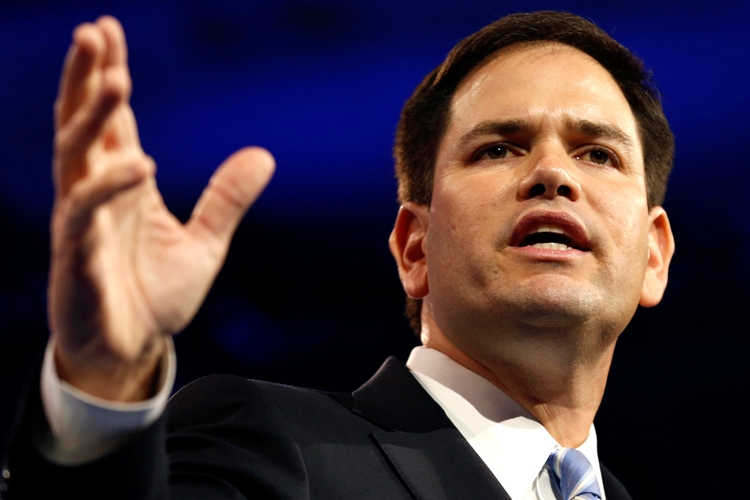 On Tuesday it was reported[1] that a few years ago Rubio said that if amnesty is passed, “I cannot imagine a scenario where a future president is going to take away the status they’re going to get.” But today, he is saying that if he is elected president, he’ll reverse Obama’s move.

Now, let’s consider what Rubio said back in 2013. Don’t you think he was right that once Obama succeeds in passing an amnesty, that amnesty will never be rescinded? That is what Rubio was warning about. Once they became legal, how does any future president reverse that? That is what he was warning about then. He was saying that lawsuits, political attacks, and all sorts of pressure would rise to stop a reversal of amnesty and Rubio was trying to stop amnesty back in 2013 to get ahead of that pressure–these were some of his talking points then.

This amnesty issue, though, is Marco’s biggest problem. He has been on both sides of the issue repeatedly.

However, now he is saying he would reverse that no matter what. So. what do you think? Is Rubio just backpedaling? Or does he have a point?