So, what would happen if a gay couple wanted to have their wedding cake made at a Muslim bakery? You can guess and in case you can’t… THEY REFUSED! 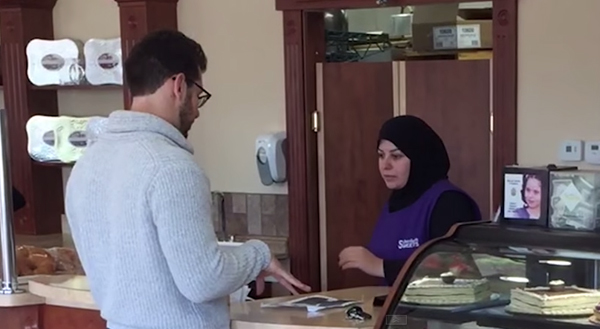 Steven Crowder took his trusty hidden camera[1] to several Muslim bakeries where they refused to make a gay wedding cake.

And, where are the armies of liberals ready to attack Muslim-owned bakeries? No where to be seen, eh?

This is more proof that liberals aren’t against “discrimination.” Their goal is to destroy Christians, not solve any problem of discrimination in America.