VIDEO: NBC Commentator Says FCC Should Fine Those Who Refuse to Use the Correct ‘Transgender’ Label

Do you still call Bruce Jenner… well… Bruce? Well if you do and you are in the media, this NBC talking head says you should be fined (or arrested if you refuse to pay) by the government and charged with “misgendering” people. 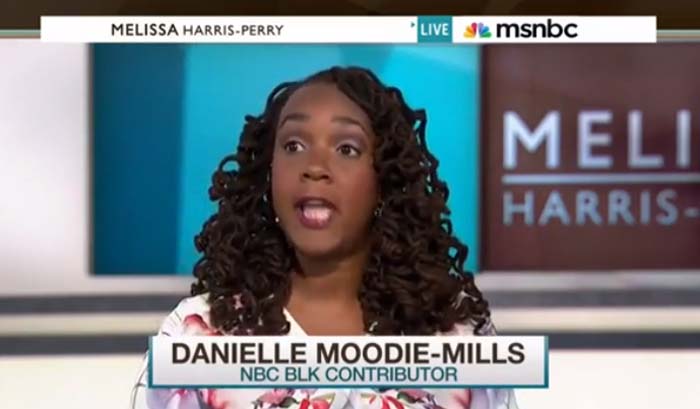 This is the perfect example of how all liberals are fascist authoritarians. They claim they love “freedom” but their love of YOUR freedom stops as soon as you do something they don’t like.

The wacko in question is one Danielle Moodie-Mills who is identified as an “NBC Black Contributor.”

She says that if you refuse to call people by the “right” transgender-queer-gay-homosexual-lesbian-cisgender-whatchacallit label then you should be at least fined by the FCC.

Here is how this wackjob begins her point about transgenders and the media.

“We need to stop misgendering people in the media and there needs to be some type of fine that’s put into place for… media outlets… that decide that they’re just not going to call people by their name.”

Who needs all that freedom of speech stuff?