If you want to see some of the dumbest people on earth, just visit any college or university. Today’s tableau of stupid comes from the University of Texas where liberal twits are seeing a petition signed by their special little snowflakes demanding that a statue of the father of our country (that’s George Washington for those of you in Rio Linda) be removed from the campus because: RACISM!Oh, and “Hitler,” too. 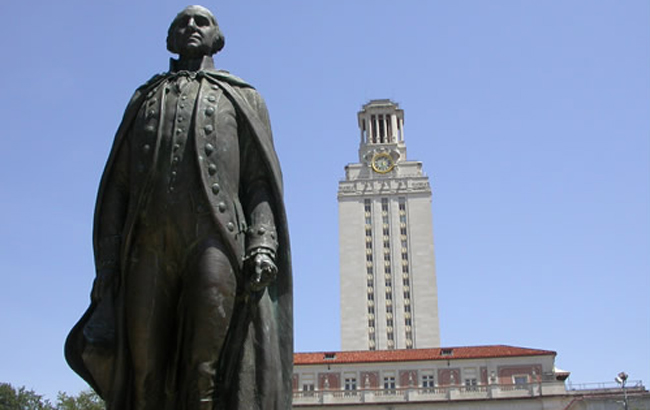 The folks at InfoWars wondered what would happen if they tried to start a petition to have the statues of “racists” Thomas Jefferson and George Washington removed from the campus in the city of Austin, Texas. Unfortunately, they found a large number of halfwited students more than happy to sing the faux petition.

So, what is the difference between these “students” and ISIS forces who are going through portions of the Middle East destroying historical sites that are thousands of years old and desecrating graveyards?

Sadly, the video above isn’t the only effort to eliminate historical statues from the campus. Left-wing, ill-educated “students” are agitating[1] to have the statues of Jefferson Davis and Robert E. Lee removed from the school’s grounds. It would only make sense that more whitewashing of history will be pushed for next.