Trey Gowdy is fast becoming the best Republican in the House of Representatives in Washington DC and last week he showed us his excellence once again by scolding a left-winger for trying to throw the race card against those who oppose Obama’s unconstitutional actions. 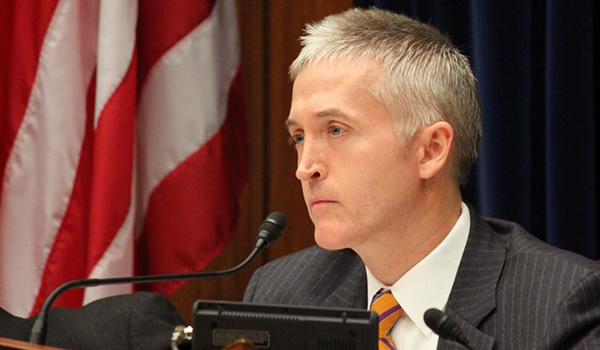 During a hearing of the House Judiciary Committee one witness noted that the only reason Republicans would oppose Obama’s policies is because they are racists. Gowdy was suitably incensed and took this race-baiter to task for her ignorance.

The House Judiciary Committee held a hearing on President Obama’s executive overreach on immigration this past Tuesday to examine the constitutional questions surrounding this unprecedented power grab. The Committee heard from several legal scholars on the President’s unilateral actions, including Marielena Hincapie, Executive Director of the National Immigration Law Center (NILC).

Hincapie suggested at the congressional hearing that Republicans are opposing the president’s amnesty executive order because he is black. Congressman Gowdy confronted the NILC Director to get clarification on her response to an earlier question:

“Miss Hincapie, among many limitations in life is my inability to glean other people’s motives or be able to read their minds. I could have sworn in response to a question you received from Mr. Cohen, you suggested race was the basis for why we may have this Constitutional perspective? Did I understand you correctly?”
Hincapie stammered out a response, but Gowdy interrupted: