Bishop E.W. Jackson of Virginia appeared on Fox and Friends to tell Al Sharpton to stay away from Baltimore. 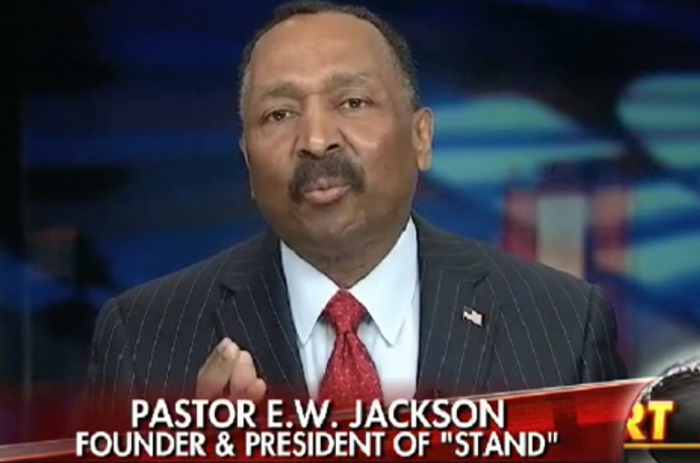 Naturally Sharpton is threatening to bring his clown show to Baltimore but not everyone[1] thinks it is a good idea.

Even as officials in Baltimore appear to be getting a very tense situation under control, Al Sharpton is pledging to go to the city and organize a two-day march next month to nearby Washington, D.C., where he will reportedly deliver a demand to the new Attorney General, Loretta Lynch, that she “intervene” in the case of Freddie Gray. It was Gray’s death while in police custody that sparked the protests in Baltimore that erupted into the destructive riots in which businesses and cars were burned, stores looted and more than fifteen police officers injured, some seriously.

Appearing on Fox and Friends, Bishop E.W. Jackson of Virginia — a former Marine who is the founder and president of an organization dedicated to upholding traditional American values — blasted Sharpton for interfering in Baltimore’s business. Jackson warned that if Sharpton is allowed to exploit the tense situation in Baltimore, it will only make the situation worse.

Al Sharpton is a criminal.