[VIDEO] White House Confronted Head On: How is it OK For Hypocrite Obama to Call Geo. Bush Unpatriotic?

Back in 2008 when Obama was first running for president he called George W. Bush unpatriotic. Back then the media didn’t care at all. This week Rudy Giuliani called Obama unpatriotic and the media went wild. But at least one media figure put it directly to White House press secretary Josh Earnest: doesn’t this all make Obama a hypocrite? 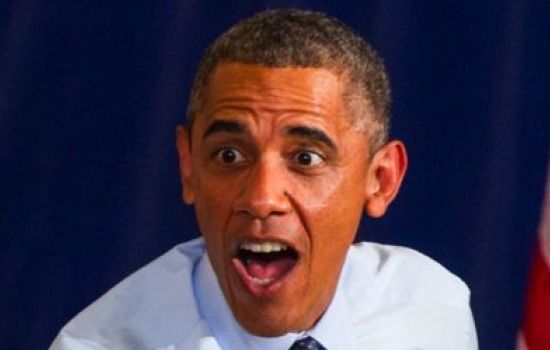 Fox News’ Ed Henry asked Earnest[1] why Obama called Bush unpatriotic and pointed out the hypocrisy of his getting mad at what Rudy said this week.

“The problem is that the way Bush has done it over the last eight years is to take out a credit card from China in the name of our children, driving up our national debt,” Obama told a crowd in Fargo, N.D., according to Fox News. “We now have over $9 trillion of debt that we are going to have to pay back — $30,000 for every man, woman and child. That’s irresponsible, it’s unpatriotic.”

Henry hammered Earnest on the comments during Friday’s press briefing.

“Does the president have any regrets about saying that President Bush was unpatriotic?” Henry asked.

Earnest claimed the president wasn’t questioning Bush’s patriotism as much as his wisdom in driving up the debt.