VIDEO: You Won’t Believe the Answers to ‘Which Bigot Said It’ at San Diego’s Gay Pride Parade

Mike Slater went to the San Diego Pride Parade and played “Which Bigot Said It” asking gay supporters to identify which anti-gay quotes were uttered by which Republican. But there was twist… 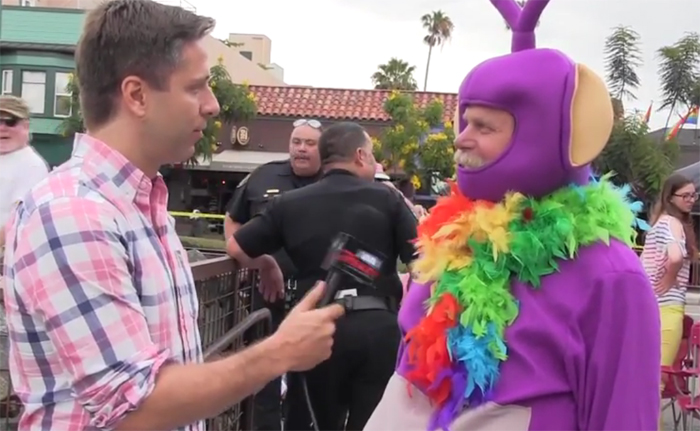 Mark Slater[1] is a radio host on KFMB AM 760 out of San Diego, California and he visited the local gay pride parade to see if participants could correctly identify which bigot said which ant-gay comment. He presented the quotes alongside the faces of Sarah Palin, Donald Trump, Rick Santorum, and Mike Huckabee. But were the quotes REALLY from these Republicans or were they really from….

Slater also asked these gay supporters how much of the US population they thought was gay. Their absurdly skewed answers are a product of a popular entertainment culture that insists on pushing gay characters in nearly every TV show and movie.

Aside from Slater’s somewhat annoying penchant of pronouncing Hillary’s last name “Clit-en” instead of ClinTON, this video is both hilarious and frightening for the ignorance it shows of supporters of gay pride.