The liberal hypocrisy never ceases to amaze and intrigue me. The one thing it can’t do? Surprise me any longer. The American public has been conditioned to accept the two-faced lies of the Left as their “tolerance” and “acceptance” of others. A lie is a lie. Al Gore, the Godfather of the Global Warming Myth, attends a climate March – and then hops into an SUV. 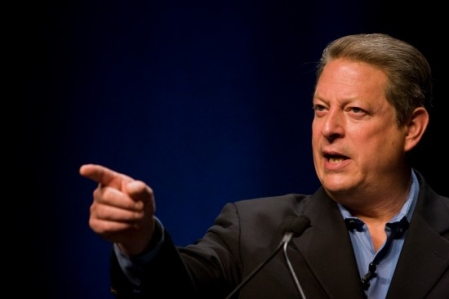 Gore asked a security officer, “You want me here?” before stepping into the SUV, which appears to be a Suburban LT model, as seen in a logo behind the passenger door Gore entered. It is unknown if the large Chevy SUV was a flex fuel vehicle.

Breitbart News asked the environmental activist about the financial costs of renewable energy, as well as his own house—a mansion in Nashville which has previously been criticized for the amount of energy it reportedly uses. Gore simply replied, “Hundred percent.”

I guess when the Liberals ask you to change, they don’t mean themselves – just you. *eyeroll*