When Newton County, Georgia Commissioner John Douglas, a US military veteran, saw a Facebook photo of an ignoramus woman wiping her rear end with an American flag, he went ballistic and made some comments that some determined were “racist.” Now African American constituents are demanding he resign. 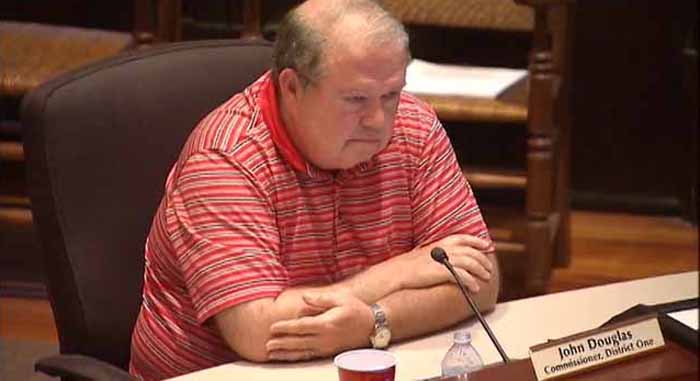 Douglas saw the disgusting, anti-American photo and he leaped onto his own Facebook to defend the USA and Old Glory and to attack the scumbag woman who thought it was cool to take a photo of herself wiping her butt with the flag. But because the woman in the photo was black, many decided that Douglas was a “racist” for daring to criticize the woman.

But once news got out about his post defending the flag, many African American voters got incensed and began to demand that Douglas resign over the post. Of course Douglas apologized to constituents for his comments but his apology wasn’t enough[1] for his “black lives matter” activist constituents.

“You need to resign and I’ll accept nothing less from you,” said an angry woman from the podium.

“If I could take it back, I certainly would to say I’m sorry is a vast understatement,” Commissioner John Douglas told the crowd from his seat.

He also outlined what he said was a long history of positive relations with African Americans.

He spoke of a black roommate from the military, of hiring the only black executive assistant in a Republican dominated legislature from his years as a state lawmaker and helping a down on his luck African American in private life. After reading his lengthy statement, Douglas again apologized.

“I understand clearly that I made a terrible error in judgements with my comments. If it takes to midnight or 6 a.m., I will listen to everyone that speaks,” said Douglas.

So, what do you all think? Should Commissioner Douglas resign for defending the US Flag?