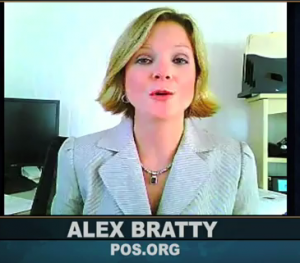 The 2012 election is currently in a dead heat. Americans are evenly split with 46% favoring President Obama and 45% favoring Mitt Romney. : This current election cycle just crossed the 1 billion dollar mark and 9% of the electorate is still undecided. :  One of those groups that can tip the balance and: could pose a threat to Obama’s re-election bid is the Walmart Moms.:  Walmart Moms are defined as a group of women who have hit economic hard times, have shopped at a Walmart store in the past month, and are typically young. : In fact,: 47% of all Walmart Moms have been hit with an “economic speed bump.”

Alex Bratty of Public Opinion Strategies detailed this demographic at Smart Girl Summit this past Friday. : They are identified as a swing group with moderate leanings. : They voted Democratic in 2008, but decided to takes away the president’s credit card in 2010 and sided with Republicans. : They make up 27% of all registered women voters and constitute 14% of the electorate. : Needless to say, both camps should be catering to these young moms.

Concerning party identification, they’re almost evenly split 35%-33% Democratic to Republican. : Overall, 49% of them: want Republicans to control Congress compared to 39% who don’t. : This is very different considering that when compared to all women voters, 38% want the GOP to control congress while 45% do not.

In her study,[2] Bratty and her firm found out that:

There was a split between those who thought that President Obama had his chance to turn things around and those who hesitated about changing presidents when things were so bad. They were uncertain about having to start all over with change in a different direction. With few notable exceptions, these women did not identify so much with “women’s issues” as they did with “moms’ issues.”

For these women, Mitt Romney’s business background seems to be a double-edged sword: There’s an assumption that as a successful businessman, he brings some expertise to the table when it comes to the economy. But the perception of him being cool and aloof, and the impact of negative ads about his private-equity firm throwing people out of work, raised doubts about his motivations. There were questions about whether he would side with the average American.

Many of these women are still window-shopping this election. Clearly, they knew more about Obama. Most had some degree of comfort with him, though they were concerned that he hadn’t been more effective. Romney, though, was a blank slate. These voters know little about him beyond the fact that he has been a wildly successful businessman. But what little they know came mostly from Democratic attack ads. In other words, they’re still listening.