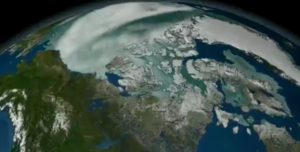 Remember when scientists told us glaciation would occur in N. America back in the 1970s…

With the scorching heat and the infamous derecho that left D.C. in the dark on June 29, it seems perfectly logical for folks in the Washington area to blame “global warming” as we all bake in the 100 degree heat. In fact, The Washington Post conducted a poll that showed that a majority of Americans believe that world temperatures are rising and that it can be remedied by government action to decrease energy consumption.

However, the reason why this story was buried at the bottom of the page A13 today may well be because a whopping 7 out of 10 of those poll opposed hiking taxes on gasoline and other fossil fuels.

As this recession continues to chip away at the middle class, it’s no surprise that:

“Americans are leery of broad-based tax increases. : More than 70 percent oppose policies that would rely on tax increases on electricity or gas to change individual behavior, while 66 percent favor tax breaks to curb greenhouse gas emissions.”

What’s more, the second to last paragraph shows that nearly half of Americans “perceive that President Obama wants a great deal or quite a bit of government action on global warming.” : This comes on top of the public’s overall aversion to Obama’s health care industry overhaul.:  The American people know the president’s prescriptions would be heavy on taxes, and they don’t like it.