If you are the wife of a soldier, be very careful. The FBI is reporting that “middle eastern men” are confronting wives of soldiers outside their own homes right here inside the USA. This means these terrorists have tracked soldiers down and know where they live! 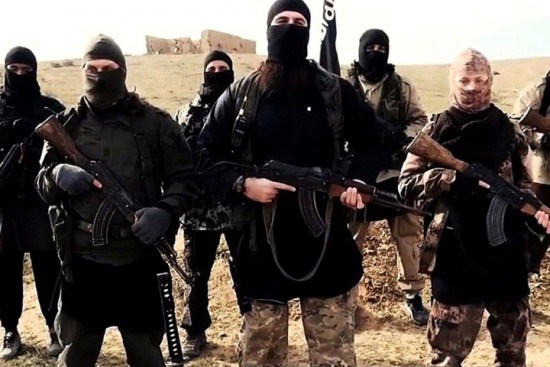 The FBI is reporting[1] that several cases of these “middle eastern men” coming up to women outside their homes and inquiring about their soldier husband.

This is little else but a direct threat. These terrorists are saying, “we know your name, we know your branch of service, and we know where you live.”

So, what is Obama doing to safeguard our military families from Muslim terrorists?

(U//FOUO) In May 2015, the wife of a US military member was approached in front of her home by two Middle-Eastern males. The men stated that she was the wife of a US interrogator. When she denied their claims, the men laughed. The two men left the area in a dark-colored, four-door sedan with two other Middle-Eastern males in the vehicle. The woman had observed the vehicle in the neighborhood on previous occasions.

(U//FOUO) Similar incidents in Wyoming have been reported to the FBI throughout June 2015. On numerous occasions, family members of military personnel were confronted by Middle-Eastern males in front of their homes. The males have attempted to obtain personal information about the military member and family members through intimidation. The family members have reported feeling scared.

(U//FOUO) To date, the men have not been identified and it is not known if all the incidents involve the same Middle-Eastern males.

How long will it be now before a military family is murdered in their own home right his inside the USA? 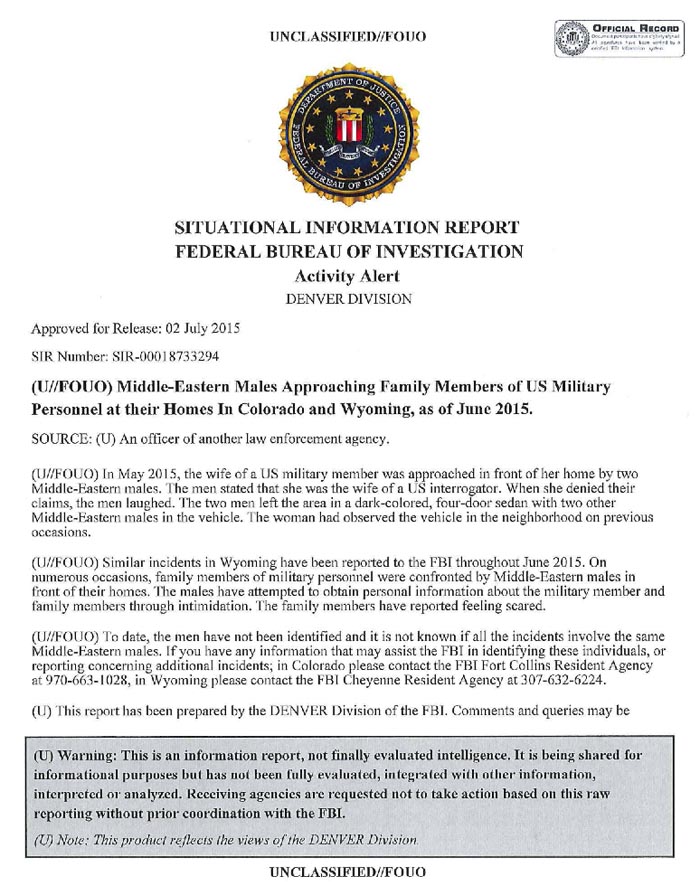