Wasserman Schultz Brings the Hammer Down on MSNBC For Anti-Israel Bias, Offers Other Candid Remarks [AUDIO]

Okay, did we just slip into a parallel universe? Because Wasserman Schultz is sounding strangely[1] like a real Jew and just a tad conservative. I can’t believe I just said that. Gasp! She’s actually called terrorists… terrorists. And seriously? She attacked the lapdog media? Either the Democratic Party just had a come-to-Jesus moment, is spouting this as a way to shore up their creds, or Debbie just came out of the conservative closet. 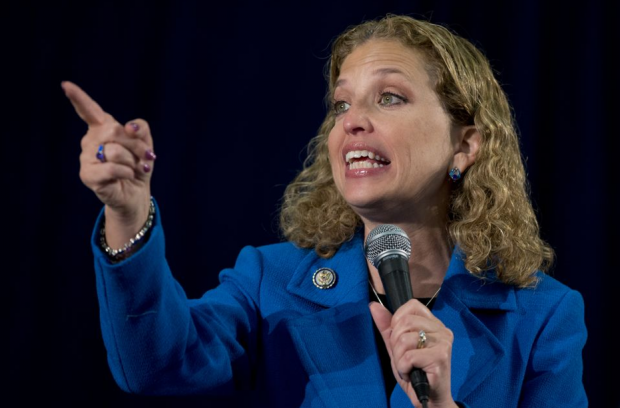 Democratic National Committee chair Debbie Wasserman Schultz offered a series of candid remarks at a recent event in Florida, slamming MSNBC over what she claims is its anti-Israel bias, breaking with the Obama administration by identifying recent terrorists as Islamic, and questioning intermarriage and assimilation for Jewish people.

The Florida congresswoman’s eye-opening comments came at a breakfast event held earlier this month at a south Florida branch of the Jewish Federation.

Previously unpublished audio of the event was obtained by The Shark Tank, a Florida-based political blog[2].

“We have the problem that too many generations of Jews don’t realize the importance of our institutions strengthening our community — particularly with the rise of antisemitism and global intolerance, which obviously we saw in horrific technicolor in just the last week in Paris.”

The DNC chair, whose leadership has been considered rocky at times, identified “Islamic fundamentalists” as responsible for the Paris attack and others, thus breaking with the Obama administration which has all but avoided mentioning Islam in reference to any of the attacks.

“Unfortunately what happens, particularly with the global war on terror and the Islamic fundamentalists who are combating and leading it, [Jews] are the crux of the reason that they are engaged in that fight,” Wasserman Schultz told the audience.

She then launched into a pointed critique of the mainstream media’s coverage of the Palestinian-Israeli conflict, while singling out MSNBC, a network on which she frequently appears.

“Clearly [MSNBC was] highlighting what Israel had done to Gaza and the plight of Palestinians,” Wasserman Schultz said. “My first thought was where is the balance, where is the spotlight on what Jewish children in Israel go through from being victims of rocket attacks.”

“The media’s coverage — and it’s not just MSNBC — I’ve seen it on CNN and even in the broadcast media as well. We have work to do. We have work to do to educate and to make sure that people understand there’s a very simple solution to this. It’s called recognize Israel’s right to exist as a Jewish and Democratic state.”

Has anyone had a recent weather report from hades? Pinch me already. Of course she won’t comment on this… I’m sure she didn’t want it on audio. It hurts her progressive face as the DNC Chair. It’s surprising and refreshing though. I always just thought she was another fruitcake. She told the truth here and it is out now. So, I’ll take a win on the truth where we can get it. Here’s to Debbie – no backsliding for you girl!