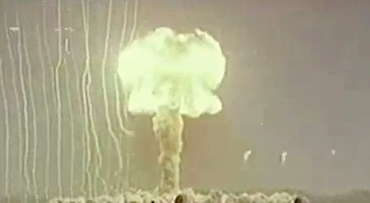 Great job Barack Obama. : You’ve given us the worst economic recovery we’ve ever had in our history. : According to Guy Benson of Twonhall.com who cited The Associated Press on August 15t[2]h:

The: recession: that ended three years ago this summer has been followed by: the feeblest economic recovery since the Great Depression. Since World War II, 10 U.S. recessions have been followed by a recovery that lasted at least three years. An Associated Press analysis shows that by just about any measure, the one that began in June 2009 is the weakest.: The ugliness goes well beyond unemployment, which at 8.3 percent is the highest this long after arecession: ended.: Economic growth has never been weaker in a postwar recovery. Consumer spending has never been so slack. Only once has job growth been slower. More than in any other post-World War II recovery, people who have jobs are hurting: Their paychecks have fallen behind inflation.

Paul Wiseman of RealClearPolitics also wrote on August 15th[3] that:

During the 1981-82 recession, the U.S. lost 2.8 million jobs. In the three years and one month after that recession ended, the economy added 9.8 million – replacing the 2.8 million and adding 7 million more.

Never before have so many Americans been unemployed for so long three years into a recovery. Nearly 5.2 million have been out of work for six months or more. The long-term unemployed account for 41 percent of the jobless; the highest mark in the other recoveries was 22 percent.

…Pay raises haven’t kept up with even modest levels of inflation. Earnings for production and nonsupervisory workers – a category that covers about 80 percent of the private, nonfarm workforce – have risen just over 6.2 percent since June 2009. Consumer prices have risen nearly 7.2 percent. Adjusted for inflation, wages have fallen 0.8 percent. In the previous five recoveries –the records go back only to 1964 – real wages had gone up an average 1.5 percent at this point.

Falling wages haven’t hurt everyone. Lower labor costs helped push corporate profits to a record 10.6 percent of U.S. GDP in the first three months of 2012, according to the Federal Reserve Bank of St. Louis. And those surging profits helped lift the Dow Jones industrials 54 percent from the end of June 2009 to the end of last month. Only after the recessions of 1948-49 and 1953-54 did stocks rise more.

Stock investments may be coming back, but savings are still getting squeezed by the rock-bottom interest rates the Fed has engineered to boost the economy. The money Americans earn from interest payments fell from nearly $1.4 trillion in 2008 to barely $1 trillion last year – a drop of more than $370 billion, or 27 percent. That amounts to shrinking income for many retirees.

Are you better off now than you were four years ago?