What a Tea Party Win Really Means for Washington

Despite having been outspent $19 million to $7 million, with help from Tea Party grassroots organizers and with the backing of Tea Party stars 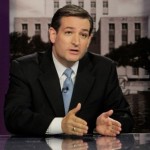 Which led the ever so “principled” editors at Yahoo News to ponder: “What a tea party candidate’s win means for Washington.”

Citing Amy Walter, ABC News Political Director, Michael Falcone, Chris Good and Elizabeth Hartfield chose to spin their “news reporting” by employing a well-know, oft used “progressive” tool: wild, unsubstantiated speculation. “Regardless of who wins control of the Senate this November, we know that the upper body in Washington is going to be as polarized and uncompromising as ever.”

It would have been remarkably refreshing had these ABC News/Yahoo News hatchet wielders directed their remarks towards the Democratic Senate majority, currently being “led” by the fearlessly nonpartisan ways of that universally acclaimed, history making legend Harry Reid of Nevada.:  Reid must be totally fearless to have, in the most polarizing and uncompromising spirit imaginable, dutifully blocked all attempts by the House to do their job and govern.:  Certainly, history will long remember Harry Reid.:  After all, how many Senate Majority Leaders in U.S. history have managed to suppress all bipartisan attempts at legislation while simultaneously going three plus years without passing a budget required by law?

Unfortunately in utterly predictable fashion the upshot of their remarks came down to one sentence: “Ultimately, it also means that even if Romney is elected President he can’t expect to win votes on ‘team spirit’ alone.”

This from a “news” organization that notes a “sharp decline in terror attacks after bin Laden death”.:  Of course, having the White House instruct the Department of Homeland Security to describe the Ft. Hood terrorist attack as “workplace violence” couldn’t possibly have had anything to do 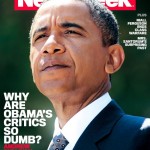 [2]with a “purely objective” conclusion.:  How could there possibly be any terror attacks to count, now that they are “officially” referred to as “man caused disasters”?:  How could anyone deny a conclusion that is so obviously beyond all reproach?:  Of course it is virtually impossible that the true intent of this “news headline” was to subliminally plant the thought that the “progressive” leading from behinder in chief is keeping America safe.:  Perish the thought!

The same “news” people who ask “can Mitt Romney end the gaffe track?”:  Of course, since graduates of “progressive” Party Pravda indoctrination camps, aka “journalism school” were rudely shouting questions at the GOP candidate while he was overseas visiting locations deserving of great respect, makes it easy to understand how Pravda devotees would be quite upset by their new attack target not falling for the bait.:  What better way to strike back at Romney for not playing ball than to smear him with internet “headlines” where millions of potential “progressive” lemming useful idiot voters who can’t name their Senators or Congressional members but know the name of every lowest common denominator reality TV “star” might actually be persuaded to vote against “his holiness saint barrack’s” chief opponent?

What else would one expect from a “news” outlet that continues to insist that occupy Wall Street is “spiritual” in nature?:  Yahoo News opines: : “Last Spring, as the Occupy movement struggled, vainly, to recapture its lost energy in New York and elsewhere, in Oakland it remained vital.”:  The big headline was::  “How Oakland became the spiritual capital of Occupy Wall Street.”:  It doesn’t take a member of the self-imagined self-appointed “intellectual elite” to figure out why Oakland would be ground zero for the anti-American, pro Communist fringe leftist violence loving group.:  Their daddy Van Jones has long based his anti-American community organizing efforts in Oakland.:  Remember Jones?:  He was “green 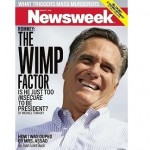 [3]jobs czar” for the forked tongued, two faced, back-stabbing pathological liar currently occupying the Oval Office.:  Jones had to be dismissed because he was a 9/11 truther.:  Never mind that Jones is also a self-avowed Communist who now just happens to be working for deep pocketed long time anti-American fringe leftist financier George Soros.

The fact of the matter is, the anti-America, pro Communist fringe leftists have tried to impose their agenda upon America and Americans are rejecting it.:  They are rejecting it so resoundingly that they are electing House Reps and Senators with the Conservative credentials needed to ensure that Mitt Romney doesn’t drift leftwards and go soft on repealing the radical fringe leftist agenda.:  An agenda that is so openly hostile to America that every branch needs to be cut off and every root needs to be dug up until only a useless rotted stump remains.:  The rotted stump that is to be preserved as a reminder to future generations the consequence of electing “progressives” to office.