It has been a pattern with this most lawless president in history, that every time something goes against what he wants–whether it be an election, a vote in Congress, or a court ruling–he just ignores it and does what he wants anyway. And now we find that he told the secret spy court to ignore rulings made by our regular, public courts. 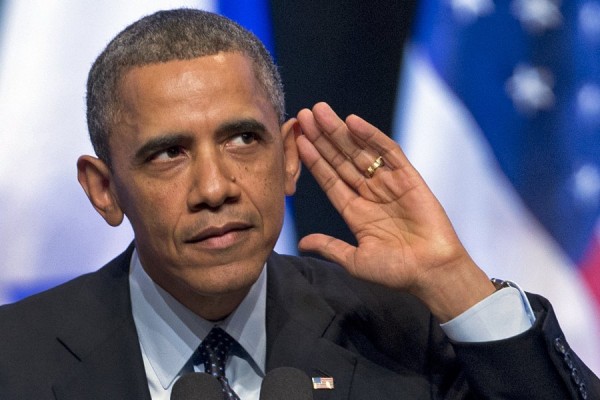 Barack Obama so hates the USA that he won’t even follow any of its laws. And now we see him trying to continue the secret spying on Americans[1] despite a court ruling.

The Obama administration has asked a secret surveillance court to ignore a federal court that found bulk surveillance illegal and to once again grant the National Security Agency the power to collect the phone records of millions of Americans for six months.

The legal request, filed nearly four hours after Barack Obama vowed to sign a new law banning precisely the bulk collection he asks the secret court to approve, also suggests that the administration may not necessarily comply with any potential court order demanding that the collection stop.

US officials confirmed last week that they would ask the Foreign Intelligence Surveillance court – better known as the Fisa court, a panel that meets in secret as a step in the surveillance process and thus far has only ever had the government argue before it – to turn the domestic bulk collection spigot back on.

So on one hand, in public Obama signs a law to ban spying but in secret tries to continue doing just that.