What the Obama Administration Has Taught America

Facebook Inc.’s $16 billion initial public offering has made Mark Zuckerberg the 29th richest carbon based life form on Earth. Facebook provides entertainment and a fun way to spend your leisure time. America should love Zuckerberg. Whatever happens, do not ever criticize him for not paying hisfair share of taxes…he’s cool in the administration’s eyes and they’re down with whatever he does. Heck, he might even turn out to be as cool as George Clooney. 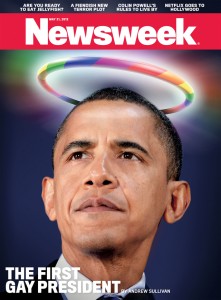 [1]According to the Securities and Exchange Commission (SEC), the top three U.S. oil companies alone paid $42.8 billion in income taxes in 2010. Ignore that fact and describe them as evil billionaires who don’t pay their fair share. After all, the petroleum, coal and natural gas industries all provide cheap energy to America, which stands in the way of implementing the administration’s agenda to fuel America with recycled unicorn poop.

It’s OK for the New Black Panthers to stand in front of polling places, wearing uniforms, wielding clubs and intimidating white voters with taunts of “now you’ll find out what it’s like to be ruled by a black man”. It’s also OK for Eric Holder, who publicly said: “I am not the tall U.S. Attorney. I am the black U.S. Attorney” to drop all charges against them.

Tea Party demonstrators, who obeyed the laws, obtained permits, and cleaned up after themselves when they peaceable assembled to petition their government for redress of grievances are violent, racist extremists who should be monitored by the Department of Homeland Security as potential homegrown terrorists.

When kids are failing in school after being subjected to exposure to incompetent teachers who couldn’t teach a dog to bark yet can’t be fired because they’re protected by unions, lower testing standards. The possibility of hurting a student’s feelings by giving them a failing grade couldn’t possibly pass politically correct, everyone has to feel good about themselves at all times muster.

If you’re a kid who wants to hold a bake sale, open a lemonade stand or engage in similar activities which demonstrate initiative, ambition or a desire to utilize the free market in order to better yourself, you must be trained to first beg permission from the government. And boys and girls of all ages, don’t ever forget broccoli is good for you and snack cakes, candy bars and chips are bad. Since you’re too stupid to make the proper decision, government is going to enact legislation that deprives you of the right to choose.

Whenever “progressive” politicians are caught in an outright lie about where they were born, their bloodlines or military service rendered it’s due to a clerical error. If criticism persists, blame someone else for each and every one of your failures. When all else fails, play the race card.