The city of San Antonio, Texas has a new mayor and her victory has liberals and Democrats in this liberal stronghold in Texas scared. Why? Because she is a black woman who ran as a more conservative, openly evangelical candidate and she won handily beating the liberal favorite backed by Obama’s HUD director Julian Castro. 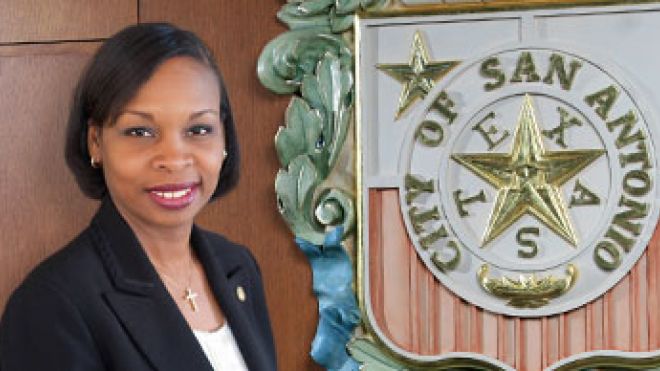 Ivy Taylor just became the first black woman elected[1] as San Antonio’s mayor. And the thrill of this is that she beat Obama’s guy Julian Castro who handpicked his successor… and it wasn’t Taylor!

A quietly determined underdog triumphed over an entrenched political machine. A potential vice-presidential candidate in 2016 was abandoned by his political base. And the underdog began her victory speech by shouting “To God Be The Glory!” – a felony anywhere but in Texas.

All those things happened on Saturday when Ivy Taylor became the first black woman elected as San Antonio’s mayor. Initially given little chance, she defeated former State Senator Leticia Van de Putte by a 52-48 margin, her victory delivered by a multicultural coalition of evangelical voters. Anywhere else, invoking the Almighty’s blessing might seem like a dubious strategy. But Mayor Ivy led her own prayer meetings in a campaign that counted on Bible-belt religious faith to overcome hard-wired dividing lines of race, class and ethnicity.

Other than Ms Van De Putte, the night’s biggest loser was Ms. Taylor’s processor, former mayor Julian Castro. Mr. Castro, now Secretary-of-Something-or-Other under Barack Obama, is busily scoring Washington resume points as a potential 2016 running–mate for Hillary Clinton. With San Antonio’s media salivating on command, the former mayor must have assumed that his machine could elect a trained Chihuahua as his successor.

But Mr. Castro never understood the long-term effects of the divisiveness he stirred up in 2013 while railroading a “non-discrimination ordnance” that granted protected status to the LGBGT community. It was never really clear why easy-going, laid-back San Antonio had a gay-rights problem to begin with. Why did it need draconian legislation to fix a non-existent problem? But the rising young caudillo was off to conquer Washington: So opponents were beaten down, religious leaders co-opted and the new measure enacted.

The left is shocked by this win. It wasn’t supposed to happen.