While Obama Allows Chinese to Hack the Whole Federal Gov’t, The FBI Accuses The Cardinals of Hacking the Astros

Even as the ChiComs have hacked the entire federal government and stolen data on every single government worker in order to identify which ones to target for blackmail and espionage, the FBI is now all hot and bothered that the St. Louis Cardinals hacked the data base of the Houston Astros. Because, priorities and stuff. 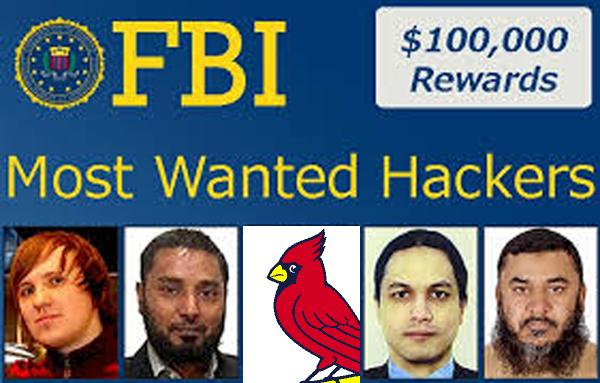 So, why did the Cardinals supposedly hack the Astros[1]? I suppose they could have found out internal stats and trade info. And, sure, it’s illegal if this hacking actually took place. But as Commie Chinese seek to destroy our nation and Muslims are killing millions all around the world… is this the most important use of our so-called law enforcement agencies?

The F.B.I. and Justice Department prosecutors are investigating whether front-office officials for the St. Louis Cardinals, one of the most successful teams in baseball over the past two decades, hacked into internal networks of a rival team to steal closely guarded information about player personnel.

Investigators have uncovered evidence that Cardinals officials broke into a network of the Houston Astros that housed special databases the team had built, according to law enforcement officials. Internal discussions about trades, proprietary statistics and scouting reports were compromised, the officials said.

Jon Jay and Allen Craig are among the Cardinals drafted during Jeff Luhnow’s tenure in the St. Louis front office. Both players were instrumental during the Cardinals’ 2011 championship run.Of All Teams to Hack, Why the Astros?

The officials did not say which employees were the focus of the investigation or whether the team’s highest-ranking officials were aware of the hacking or authorized it. The investigation is being led by the F.B.I.’s Houston field office and has progressed to the point that subpoenas have been served on the Cardinals and Major League Baseball for electronic correspondence.

With all the danger the country faces in the world, this is not on my top ten list of worries. Leave it to Obama’s government to worry about baseball in the face of world wide terrorism.