The House hearings are going to be very, very interesting…well, not in most news outlets, which have decided that the deaths of 4 Americans, including an Ambassador, in an attack on September 11th, is no big deal, nothing to see here, not even worthy of front page coverage, at least not under a Democrat Administration. 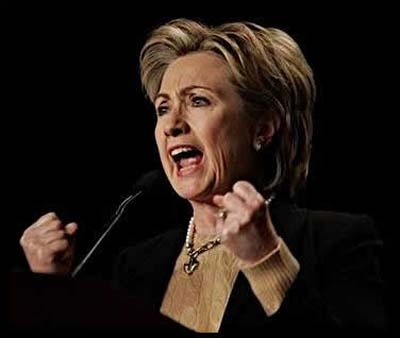 (Fox News[2]) On the night of Sept. 11, as the Obama administration scrambled to respond to the Benghazi terror attacks, then-Secretary of State Hillary Clinton and a key aide effectively tried to cut the department’s own counterterrorism bureau out of the chain of reporting and decision-making, according to a “whistle-blower” witness from that bureau who will soon testify to the charge before Congress, Fox News has learned.

That witness is Mark I. Thompson, a former Marine and now the deputy coordinator for operations in the agency’s counterterrorism bureau. Sources tell Fox News Thompson will level the allegation against Clinton during testimony on Wednesday before the House Oversight and Government Reform Committee, chaired by Rep. Darrell Issa, R-Calif.

Fox News has also learned that another official from the counterterrorism bureau — independently of Thompson — voiced the same complaint about Clinton and Under Secretary for Management Patrick Kennedy to trusted national security colleagues back in October.

This seems to go more towards the cover-up, claiming that the attacks were a spontaneous film review gone awry

The counterterrorism officials, however, concluded that Clinton and Kennedy were immediately wary of the attacks being portrayed as acts of terrorism, and accordingly worked to prevent the counterterrorism bureau from having a role in the department’s early decision-making relating to them.

There are three parts to the Benghazi fiasco: before, during, and after. While I still maintain that finding out what figures in the administration did during the attack, and why no help was sent (some claim that no units were positioned to respond quickly. Well, they could have sent them just in case, yet didn’t), it’s looking more and more like what happened afterwards was an intentional coverup, an intentional attempt to mislead both the American people and Congress, for what reason we do no know, rather than an simply being an incompetent administration.

Furthermore, some folks could find themselves on the wrong end of a Contempt of Congress charge for lying to Congress. Under Title 18, Part i, Chapter 47, :§ 1001[3]

(a) Except as otherwise provided in this section, whoever, in any matter within the jurisdiction of the executive, legislative, or judicial branch of the Government of the United States, knowingly and willfully-

(1) falsifies, conceals, or covers up by any trick, scheme, or device a material fact;

(2) makes any materially false, fictitious, or fraudulent statement or representation; or

(3) makes or uses any false writing or document knowing the same to contain any materially false, fictitious, or fraudulent statement or entry;

Hillary and Susan Rice would look fabulous in orange jumpsuits.