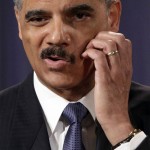 [1]Despite calls from Senators John Cornyn, John McCain and Lindsey Graham, the Justice Department continues to resist calls for appointment of a special prosecutor to investigate national security leaks said to be coming from inside the White House. The Senators view Attorney General Eric Holder’s decision to appoint two Justice Department legal insiders to the investigation as insufficient.

The White House remains in support of Holder. The official word from press secretary Jay Carney is that “there is no need for a special counsel. These things have consistently been investigated when that’s appropriate”.

Holder’s troubles are not isolated to the national security leaks investigation. Holder is also under legal attack for the failed Fast and Furious firearms fiasco. Despite Holder’s possibly facing contempt of Congress charges next week, Carney relayed the “absolute confidence” the White House still has in Holder. 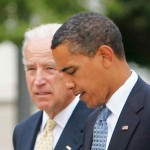 [2]This “no special prosecutor” position stands in stark contrast to the position held by then Senators obama and Biden when it came to investigating the Iraq war policy. Or when it came to calling for the firing of U.S. attorneys. Or reviewing conditions at the Walter Reed Army Medical Center. And especially when it came to discovering who leaked Valerie Plame and Joseph Wilson’s identities. All of which took place during George W. Bush’s presidency.

Not to mention special prosecutor Archibald Cox, who was appointed to investigate the Watergate scandal.

It would seem that, as usual, when the left commits perceived offenses, it’s perfectly appropriate for them to police themselves. But when there are similar perceptions of offenses committed by those on the right, that’s a completely different story. 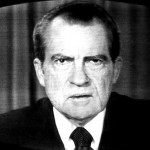 [3]Holder’s stonewalling of the Fast and Furious congressional investigation is not only straight out of the Richard M. Nixon play book, it is more egregious. Although ultimately the ongoing investigation resulted in the removal of a sitting President from office for his role in the Watergate burglary and ensuing cover-up, nobody died due to decisions made or actions taken by Nixon and his lieutenants.

It is alleged that by allowing hundreds of highly sophisticated automatic weapons to walk across the U.S./Mexican border and into the hands of criminal drug cartels, the Holder led Department of Justice contributed to the death of hundreds of Mexican civilians and murder of U.S. Border Agent Brian Terry. This is an extremely serious charge. The truth must be uncovered. If this allegation is true, Eric Holder should go to prison, instead of being allowed to harass multiple state governments with frivolous, racist lawsuits. To hold to the notion that Eric Holder is capable of dispassionate logic in pursuit of fact in the face of such a clear conflict of interest is incongruous.

That the White House is standing behind Holder in stone walling the cover up of information is not surprising. When are the college records, medical records, travel records, etc of the current White House occupant going to be brought to light?

Will obama and Holder agree to appoint a special prosecutor? If they do and the going gets dicey, is the United States going to be submitted to a replay of the Archibald Cox firing drama? Will there be the Saturday Night Massacre, part two?

It would not be in the least bit surprising to see the White House let this drag out through the summer as a means of distracting from their own dismal record. It would also be true to form to see Holder go the way of many of obama’s once political allies. The moment Holder’s presence becomes too much of a political liability to the full time, win at all costs candidate he will become persona non grata faster than you can say: “Our long national nightmare is over”.