White Professor Says All White People are Evil, Some Only ‘Less Bad’ Than Others

Another example of why our system of miseducation needs to be torn down and rebuilt raises its ugly face at Rutgers University in Newark, New Jersey where a white professor has decided that all white people are evil and that some are only “less bad” than others. 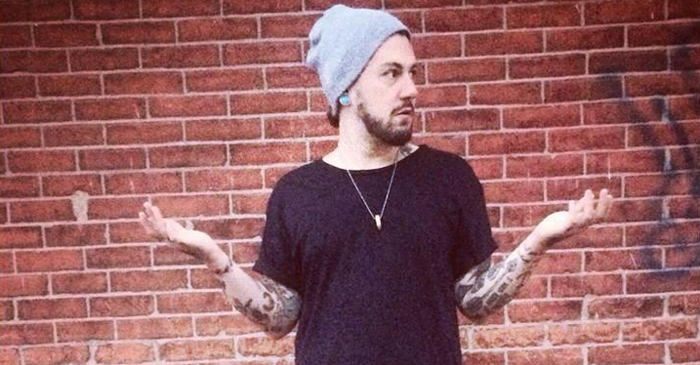 until the entire system changes – THERE ARE NO GOOD #WHITEPEOPLE[1]. THERE ARE ONLY LESS BAD WHITE PEOPLE!!!

This so-called professor teaches one of those useless college courses that make colleges looks silly. He teaches a course about pop singer Beyonce… because THAT is a worthy field of study.

Anyway, he is one of those goofballs who dresses like black hip hop artists do and acts like he’s a black person himself even though he’s white.

The folks at The College Fix interviewed him[3] over his hate-filled comment and he stands by his hate speech.

“Our system was built on the labor of many while few benefited from that labor – those few were typically and still typically are rich, straight, white men,” Allred continued in his email to The Fix. “This is a basic conversation about privileges, which I know from our exchange we have different opinions on.”

“I was trying to point out the irony that stereotypes affect people of color so that they are never seen as individuals, they are always answering for the stereotype that is applied to an entire group,” Allred said in his email. “That doesn’t happen to AllredTweetwhite people as a whole. … I was using ‘white people’ as a group to point out the ways that other people of color and other marginalized groups are usually lumped together.”

“And I didn’t say there are ‘no good white people’ – I meant until the system changes completely to erase these stereotypes in general (which was the condition on my tweet that you’re taking issue with) no white people should be seen as de facto good. We (white people) should be seen in grades of ‘less bad’ to balance out the ways other groups are unfairly seen.”

Of course, he’s lying. He did say there are no good white people. His Tweet was pretty straightforward in that respect.

Just another example of a “teacher” filled with hate for this country.