Why to Vote for Romney 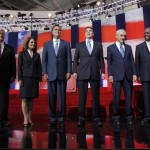 [1]Honestly, Mitt Romney was not the first choice as GOP presidential nominee for many voters. They preferred a handful of candidates to Romney. Despite Ron Paul’s many brilliant positions on fiscal responsibility, lower taxes, smaller less intrusive government, balanced budgets, and protecting American sovereignty, due to absolutely irreconcilable differences with him on matters of foreign policy, he was not among that handful of candidates.

The forces against America, be they global governance, environmental extremism, communism or islamo-fascism are interwoven and inter-linked on large scale international fashion in a world made much smaller by modern technology. These forces are unrelenting. For the sake of deterrence, America must be ready, willing and equipped to fight them on each and every battlefield. A return to an eighteenth or nineteenth century foreign policy would not foster that necessary capacity. Sad to say, “progressive” Woodrow Wilson destroyed that era of American foreign policy when he entered the USA into WWI.

That being said, the defeat of barack obama remains of paramount importance. 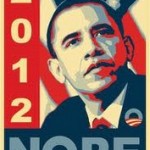 [2]obama and his ideologically driven co-conspirators have spent a century erecting a bureaucratic shadow government (within the EPA, the DOE, the DOI and other departments) and big government dependency programs considered by too many Americans as “entitlements”, not to mention the now obscene number of illegal “czars”. These “czars” and bureaucrats answer to the Executive Branch, not to voters. Congress has not lifted a finger to stop the erection of this illegal shadow government. Rather, over the years they have voted for it. Thanks to this shadow government, Congress is quickly becoming irrelevant. If obama is re-elected, he will not hesitate to bypass what he clearly sees as Congressional “obstruction” by exploiting that shadow government to fully implement plans to “fundamentally transform the United States of America”.

obama MUST be removed as Chief Executive. 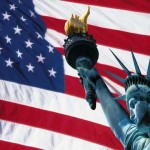 [3]The survival of America is at stake. obama and his Occupy sympathetic “progressive” Democratic allies are hostile to America. In order to demonstrate 100% allegiance to America and not to Occupy, vote for the GOP candidate. Since his victory in the Texas Primary ensures he will have enough delegates to win the GOP nomination, vote for Romney. Every American is urged to demonstrate their commitment to removing obama by contributing to the inevitability of his defeat by voting for Romney.