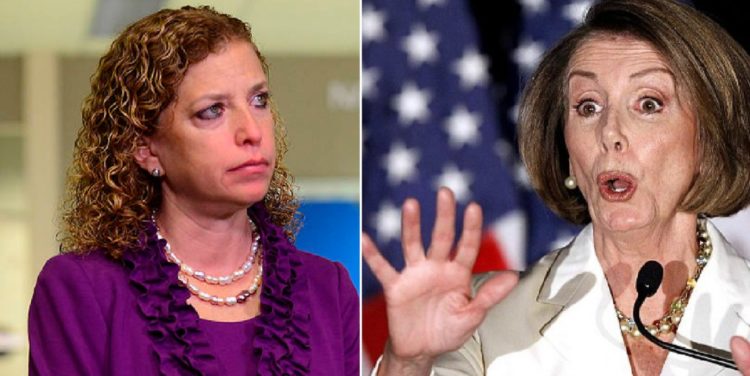 This week, a former White House IT aide named Imran Awan, who worked for Democrat Rep. Debbie Wasserman Schultz, was arrested on bank charges while attempting to leave the country.

Feds/USCP picked up Imran Awan at Dulles Aiport last night as he was "trying to leave the country." Has been arraigned. Surrendered passport

As reported by Fox News[5]:

Awan, an IT staffer who has worked for many House Democrats and was employed by Wasserman Schultz, was allegedly at the center of a scheme that involved double-charging the House for IT equipment, and may also have exposed House information online, according to Fox.

A spokesperson for Wasserman Schultz said that Awan had been fired on Tuesday.

“Mr. Awan previously served as an employee in our office, but his services have been terminated,” Wasserman Schultz’ spokesman David Damron said in a statement.

And now, Julian Assange, the publisher of WikiLeaks is publicizing a connection that everyone else missed:

Here’s the email in question[9]:

Pelosi is doing s closed door meeting. No staff or anyone allowed. Kaitlyn come to Rayburn room and get her iPad for Imran.

Tracie and Kate I will call Kate. Conf in Tracie

According to the leaked emails, we now have proof that Imran had access to Rep. Nanzy Pelosi’s iPad.

Pelosi is the House Minority Leader and now that Imran has been found to have attempted to flee the country, the next big news that must be released is whether he did indeed expose White House information online. Clearly the Democrats were comfortable with Imran using Pelosi’s iPad, which would be connected to her desktop, laptop and phone. And since he was fleeing the country, he must have known that he was going to be caught. With such an obvious scandal, you’d think the mainstream media would — no, of course not.

Do you really think we don't notice your desire to not cover this story? #ImranAwan[13]
Imran Awan pic.twitter.com/kLexEJJRV4[14]

The only media sources who want to talk about this are the independent right wing sites. Which means it’s important for us to bring this up during the next political conversation we have with a leftie. Ask them if they’ve heard of this and make sure to tell them about what Julian Assange said. They loved Assange when he was leaking state military secrets[16], but now that he’s exposing Democrats? Not a word.