Now that Rolling Stone magazine has admitted that its story of rape on the campus of the University of Virginia was all a complete lie, the fraternity that was nearly ruined by the false accusations is suing the magazine for its false accusations. 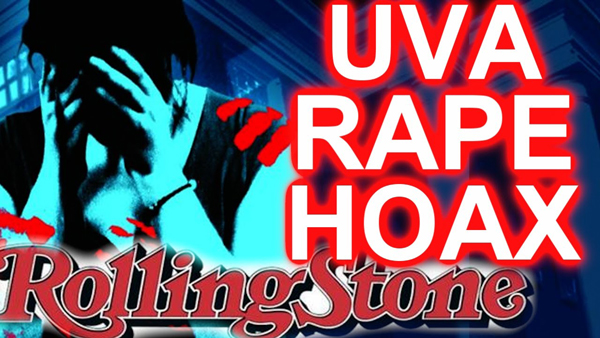 The magazine admitted[1] on Easter night that it failed in every way imaginable to fact check the wild story of a gang rape at UVA. After the story came out the college banned the fraternity blamed for the crime in the false story. But now that we know it was all a sham, Phi Kappa Psi is taking the magazine to court[2].

The fraternity at the center of a discredited Rolling Stone article about an alleged gang rape at University of Virginia “plans to pursue all available legal action against the magazine,” it said in a statement. The announcement came a day after the Columbia University Graduate School of Journalism released a report finding that the article violated “basic, even routine journalistic practice.”

“The report by Columbia University’s School of Journalism demonstrates the reckless nature in which Rolling Stone researched and failed to verify facts in its article that erroneously accused Phi Kappa Psi of crimes its members did not commit,” Stephen Scipione, President of the Virginia Alpha Chapter of Phi Kappa Psi, said in the statement. “This type of reporting serves as a sad example of a serious decline of journalistic standards.”

“Clearly our fraternity and its members have been defamed, but more importantly we fear this entire episode may prompt some victims to remain in the shadows, fearful to confront their attackers,” Scipione said. “If Rolling Stone wants to play a real role in addressing this problem, it’s time to get serious.”

The frat will totally win this lawsuit and let’s help it ends up destroying Rolling Stone magazine!