The New Hampshire Union newspaper is reporting that real estate mogul and TV personality THE Donald Trump is gearing up for a real run for president. 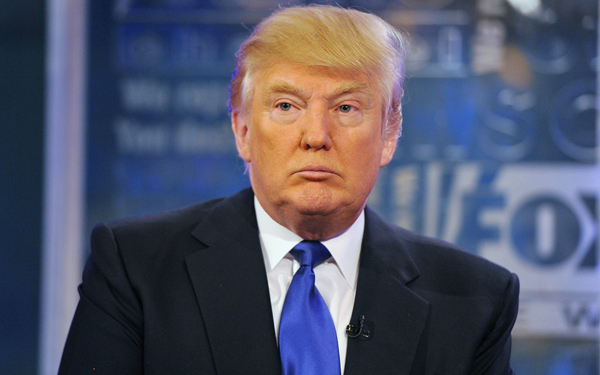 Since 2008 Trump has been teasing that he intends to run for the White House. For the last two presidential elections Trump teased but ultimately did nothing to join the battle. But this year it looks like he is serious[1].

An insider is reporting that Donald Trump is on the verge of announcing that he is launching an exploratory committee for the 2016 GOP nomination for president. The real estate mogul will also end his role as host of the TV series “The Apprentice” in anticipation of that effort.

Trump is headed to New Hampshire on Thursday to visit with military veterans and business owners. He will also be in the Granite State next month to appear at the state GOP’s “First in the Nation” Republican Leadership Summit to be held in Nashua on April 17-18.

But ahead of that appearance, a source close to Trump tells the New Hampshire Union Leader that the TV celebrity and political gadfly is on the verge of launching an exploratory committee for a run for the White House.

Trump has already made moves showing he is seriously considering a run. At the end of February, Trump had hired Corey Lewandowski of Windham, New Hampshire, as his senior political adviser. He has since hired several more staffers that would help him develop a campaign.

So, what do you think? Is this a game changer for you? Or do you think Trump does not belong in the White House? Tell us your thoughts below.