Activists Against Trump Pay $15K A MONTH To Special ‘A-Teams’, To Do THIS To The President

If you thought liberal fearmongering tactics couldn’t get any more pathetic, I’m here to inform you that you are sadly mistaken.

Fight for the Future’s[1] homepage encourages “terrified” people to quit their jobs and become part of an elite “A-Team” that will be used to fight Donald Trump. 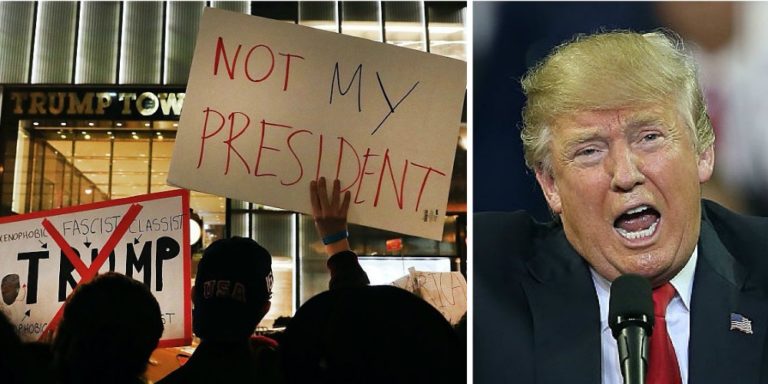 An activist group is offering “terrified” people $15,000 a month to quit their jobs and form “A-Teams[4]” to fight President Trump’s agenda. “A few, select teams,” that is.

On its homepage, Fight for the Future[5] trumpets in “yuuge” font: “Terrified about Trump? Quit your job, start an A-Team. We’ll fund it. Read this.”

“You are a talented human with a broad set of skills. You can speak, write, pitch, and persuade. You can make a Power Point, or make art. You work every day, solving problems.

You get a ton done. Now, let’s say you suddenly became terrified for the world’s future. What would you do?

The page then shows a screenshot from a 1964 fearmongering ad[6] against Republican presidential candidate Barry Goldwater — depicting a nuclear explosion.

The “read this” section explains the application process, the group’s goal, and what exactly it’s looking for.

“We’re currently taking applications for an initial launch of the project, and will be providing a few select teams with funding, guidance, and support.

Our goal is to spawn a movement of small, dedicated, groups of people using the tactics that we’ve used effectively to defend Internet freedom to win major victories in other issue areas affecting our basic rights and freedoms, such as immigration, freedom of press, police brutality, drug reform, and government corruption.”

While Fight for the Future says it’s still “working out the details,” it does promise $15,000 to selected teams for the first month, with a nebulous “pretty sure” commitment to “find you more” if “big splash” expectations are met.

“We’re still working out the details, but if you’ve got a strong 2-3 person A-Team and a target we’d give you $15,000 right now for the first month, just to see what you can do.

If you make a big splash or measurable impact on your target in that time, we’re pretty sure we can find you more.”

Why do we need the “Fight For $15” when we’ve got brave souls like this who are willing to shell out the big bucks to people who wanna scream, cry and doodle on posterboard for a living?