With actor Don Cheadle, I guess we see once again why actors need to have other people write the words that come out of their mouths, because what comes out of their own heads is just too stupid to be believed. Now he is hoping that Donald Trump “dies in a grease fire,” of all things.

Like many who blather about things of which they have little knowledge, Cheadle took to his Twitter account to attack those with whom he disagrees. In this case he went on a day-long Twitter tirade against GOP presidential nominee Donald Trump. 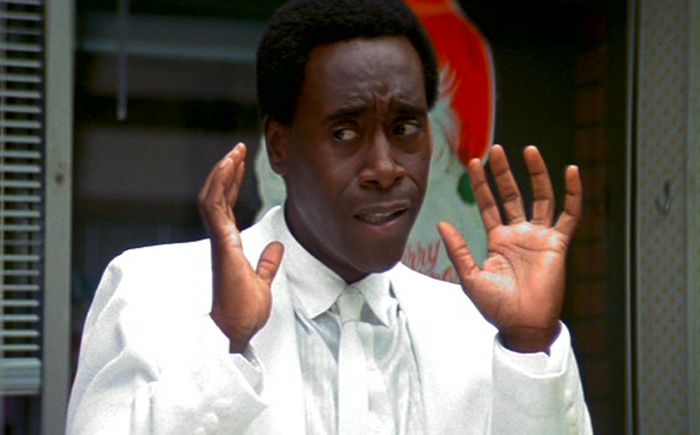 Cheadle called Trump a “POS” — meaning piece of sh*t, for those who don’t know — and then said Trump should die in a grease fire…

You are truly a POS https://t.co/cyTwxgxwDh[1]

People of Drumpf's ilk are contributors to the conditions that lead to the "Chicagos" of this country. https://t.co/5HOhpjIoAl[5]