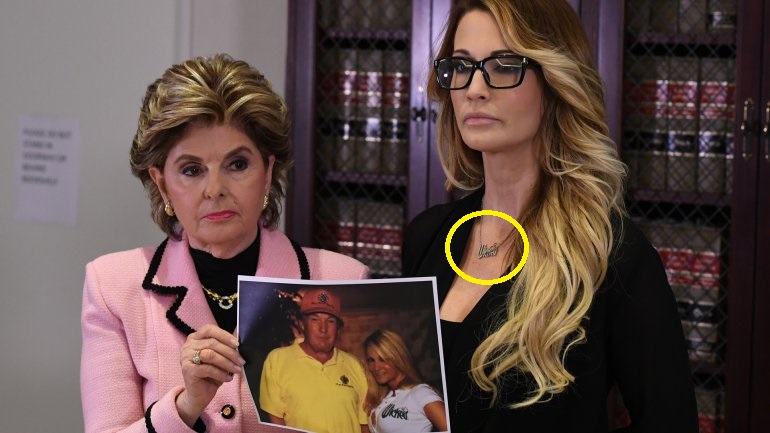 Her necklace says WICKED which is an adult entertainment website.

Add Jessica Drake to the list of women who came out of nowhere to claim that Donald Trump either accosted them or wanted to pay for sexual favors and her story dates back to sometime in approximately 2006.

Where was this claim 10 years ago? Who is Jessica Drake?

Jessica Drake is an adult film worker who spent her days getting paid to have sexual relations with other adults on camera. Now she’s saying that Donald Trump once offered her money for “alone time” and for some reason that’s a big deal? Isn’t that called being offered a job in her industry?

She should have taken the offer. I think if this was true, that she WOULD have taken the job. What adult film star would turn down $10k to sleep with some older gentleman? Have you seen the male adult film studs? They’re basically the ugliest guy from your high school who was accidentally born with an oversized appendage. Sometimes they don’t even have the YUGE[1] appendage. So, if this lady is getting drilled by random nobodies for dirt cheap and is offered $10k to hook up with The Donald, then I have a very hard time believing that she said no. 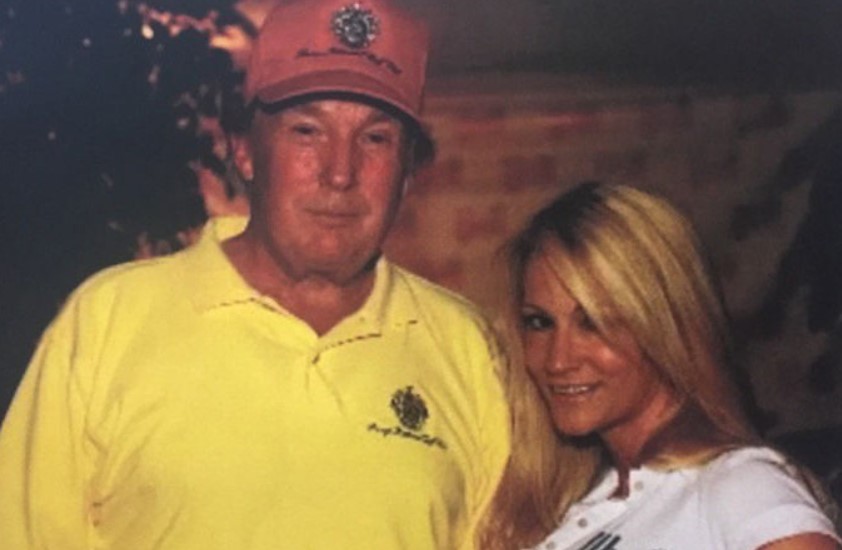 This woman made money on her back, or all fours and now ten years later, it’s all of a sudden a big deal that a rich guy offered to pay her for services? This woman was hooking up with random guys at work for chump change, so I’m shocked if she wouldn’t accept $10k to do the same thing she normally did.

Why didn’t she say something back then? There’s two reasons. Either it didn’t happen or no one cares.

Is it true? Did Trump offer her money for services (ten years ago)? I have no idea and I don’t care. What Donald Trump did or did not do with this woman has absolutely no bearing on this election. Who cares who Donald Trump may or may not have slept with ten years ago.

Bill Clinton allegedly had intercourse with interns in the White House[2], but we want to talk about Donald Trump and what a legal hooker says happened ten years ago?

Offering to pay an adult film star for her “services” is called offering employment and this ditzy nobody should crawl back into the studio and do what she’s best at.

She’s an Obama supporter, so already she lacks brains and credibility. A smart hooker would have taken the $10k and dropped her panties. 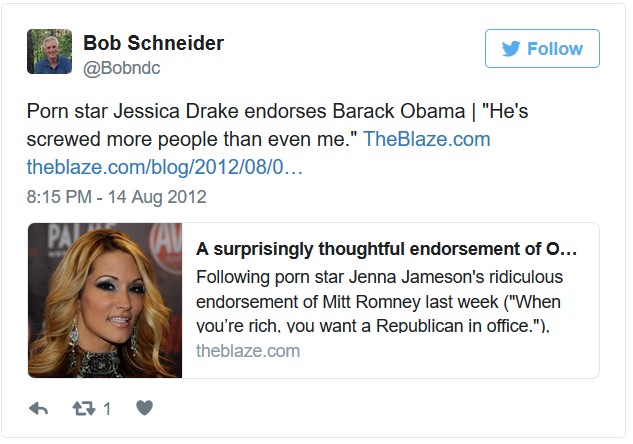 TMZ[3] – Adult film star Jessica Drake claims Donald Trump tried to get her to come to his hotel room alone, and when she refused … offered her $10k and a private jet ride home afterward.

Drake held a news conference on Saturday with Gloria Allred, and said she met Trump at a golf tournament 10 years ago. She alleged some of the same inappropriate behavior other women have described went down with Trump — like kissing without permission — before he propositioned her.

And Gloria Allred? Really? Her hair is offensive.