America ‘Locked And Loaded’ – Ready For Fight With North Korea

President Trump[1] delivered another strong and ominous message to North Korea today and I am in full agreement with him on this. “Military solutions are now fully in place, locked and loaded, should North Korea act unwisely,” Trump bluntly stated. “Hopefully Kim Jong Un will find another path!” I wouldn’t count on that last part. Kim Jong-Un will never back down now… to do so would be to lose face and would cost him his power.

Trump is not backing down over this, nor should he. He’s taken a firm stand here and Mattis is backing him all the way. If I were the North Koreans, I would take him very, very seriously. This is not Barack Obama or Bill Clinton. This is a man who carries out what he says he will do. And if you don’t believe Trump, you had better believe Mattis. He does not bluff and he has told North Korea if they keep going this way, North Korea will no longer exist. That makes the consequences here pretty clear. 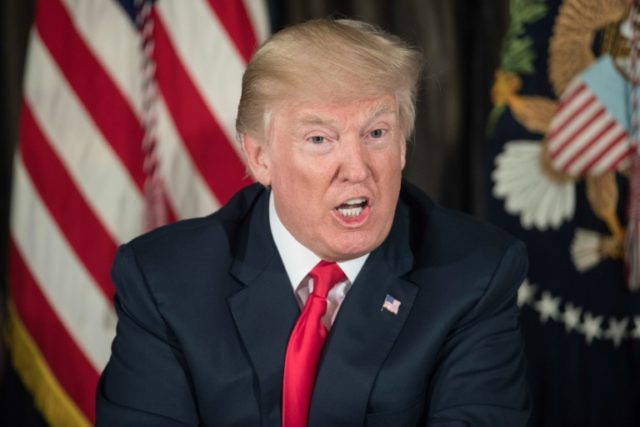 President Donald Trump continued his aggressive statements to North Korea, warning them not to threaten or act against America or any of its allies.

The president’s message triggered another round of groans from the media and establishment national security community, particularly from former President Barack Obama’s staff.

“This isn’t a video game. Hundreds of thousands of lives at stake in war with NK,” complained[6] former Deputy National Security Adviser to Obama, Ben Rhodes on Twitter[7]. “Was this statement signed off on by anyone? Was this statement coordinated with South Korea and Japan, our allies who are at enormous risk in conventional conflict with North Korea?”

Yesterday, Trump signaled that he was purposefully trying to send a strong message to North Korea’s Kim Jong-Il.

Consider this… if we just gave North Korea whatever extortion they demanded as Maxine Waters wants, it would never end. After North Korea is allowed to become a nuclear power, Iran will quickly follow suit. If North Korea, Iran, Russia and China all have nukes and stand against us, do you think for a second that they would show us one shred of mercy? They are our enemies and it would be four against one. We would surely stand pretty much alone and it would not end well for us. So, you see… we don’t have the luxury of doing nothing here.

President Trump did not create this mess. And Ronald Reagan sure as hell didn’t either, although the media was pushing that crap yesterday. But Trump may end it. It should have been stopped long ago… now we are out of good options and all that is left are painful, deadly ones. But if it comes to a choice between others and the U.S., Trump is for America first and he will protect us. Right now, I am profoundly grateful he is at the helm and not Clinton. North Korea should consider that they may kill some people out there, but if they do, it will be the last thing they ever do. They will be utterly destroyed if they attack us or our allies. Trump will ensure that and Mattis will aggressively carry out those orders.