Ann Romney actually said this[1] to Sean Hannity last September, not last night. I think the Romney’s have reevaluated their opinion of Trump since then and it’s not for the better. But she did praise Donald Trump last year saying that he brought a bunch of important issues to the table… issues that Americans care deeply about. Trump’s brashness and crass behavior has probably spurred Mitt Romney to come out against him now. I think the speech he gave yesterday, while a great speech, is hypocritical and tone-deaf in the extreme. It’s amazing to hear how the Romneys viewed Trump just a few months ago versus what they say about him today. That was before he was a real threat to the GOP establishment. 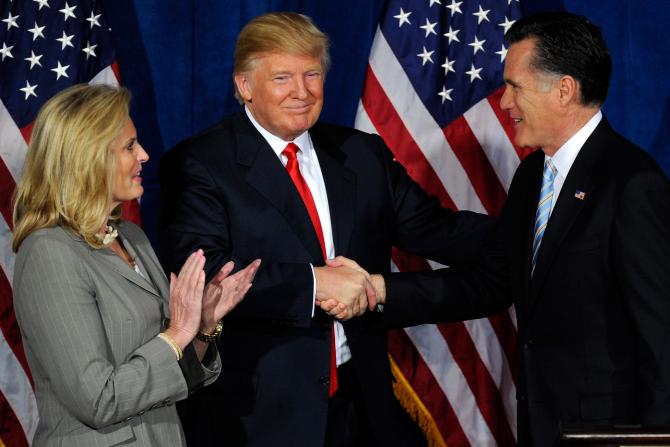 “This country’s important. Where we’re going, where we’re headed right now is critical. These are critical things that we’re talking about,” Romney said.

While refusing to name her favorite candidates, she did say, “There’s a lot of good candidates, you know it’s a long race — a lot of up and downs. Important discussions happening.

You have to give Donald Trump credit… he brought the immigration issue to the forefront of things. Something that no one else had managed to do. The elitists never ever thought in a million years that Trump would seriously run, much less be the runaway candidate that he is. I certainly don’t agree with everything he says and stands for, but Romney has no room to lecture Trump on conservatism because he, himself, is not one. I don’t know what it will take to make these politicos realize that they ignore the will of Americans at their own peril. They created Donald Trump and now they are about to reap the whirlwind. You can only ignore the public for so long and do as you please before they stand up for better or worse and say “enough!” America is collectively pissed off right now and they will not stand for another wishy washy moderate Republican telling them what is best for them and America. This is why Trump is so popular. He slaps the RINOs and media around and it is what voters have longed for. Ann was right on Trump then and Mitt is wrong on Trump now. Get real guys.