Anti-Trump actor Shia Labeouf arrested, what this liberal did is RIDICULOUS

What a freaking idiot[1] Shia Labeouf is. With emphasis on ‘freak’. Since President Trump has been inaugurated, he has been outside the New York City museum and other locations chanting “He will not divide us.” Trump derangement syndrome is in full force with this moron. He is doing a live cam with two other liberal asshats for the next four years protesting like this. It’s art evidently… crappy, stupid, insane, nonsensical art that most people wish would just go away. He’s unshaven and looks homeless, which considering the lack of money over the next four years for his efforts may be truth in advertising.

Labeouf just managed to get himself arrested by pulling on the scarf of some guy and scratching his face outside the Museum of the Moving Image in Queens. No medical attention was needed, but it was just enough to get Labeouf hauled off. Good. Maybe he’ll get a bath and some mental attention while they are at it. 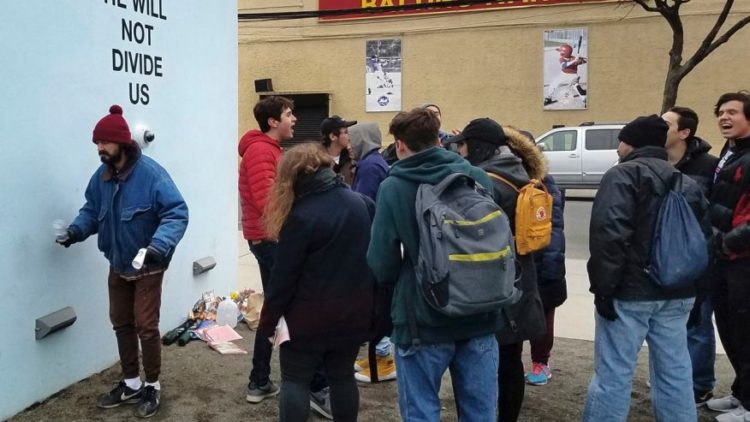 NEW YORK – Actor Shia LaBeouf was arrested early Thursday after he allegedly got into an altercation with another man outside a New York City museum where he has been chanting “He will not divide us” in front of a live camera since Donald Trump’s inauguration.

Police said LaBeouf pulled the scarf of an unidentified 25-year-old man outside the Museum of the Moving Image in Queens, scratching his face in the process. They said he also pushed the man, who refused medical attention.

LaBeouf has spent the first few days of Trump’s presidency swaying, dancing and repeating the phrase “He will not divide us” in front of a live camera outside the museum. The livestream is for a participatory public art project LaBeouf and two collaborators intend to have running 24 hours a day for the next four years.

The camera went live the morning of the inauguration, along with a website inviting the public to show up and participate. LeBeouf has been a frequent, though not constant presence.

LaBeouf claims that technically the art project isn’t about Trump (right). It’s about those that would divide us. You mean like Labeouf? “We’re anti-division out here. Everyone’s invited,” LaBeouf said. “I’m just saying, ‘Be nice to each other.'” So, that’s why you grabbed a guy’s scarf and scratched his face? You were being nice to him? LaBeouf sounds confused or more aptly, delusional.

LaBeouf faces a misdemeanor assault charge. It’s unclear if he has an attorney who can comment. He became known after acting in the Disney Channel series “Even Stevens” and later for starring in “Transformers.” Most recently he appeared in “American Honey” and is a participant in performance art collective LaBeouf, Rönkkö & Turner. This is LaBeouf’s seventh arrest and jailing. His last arrest was in 2014 for drunken behavior while he attended a Broadway production of “Cabaret.” Looks like he’s still hitting the sauce and still lacking any talent we are aware of. 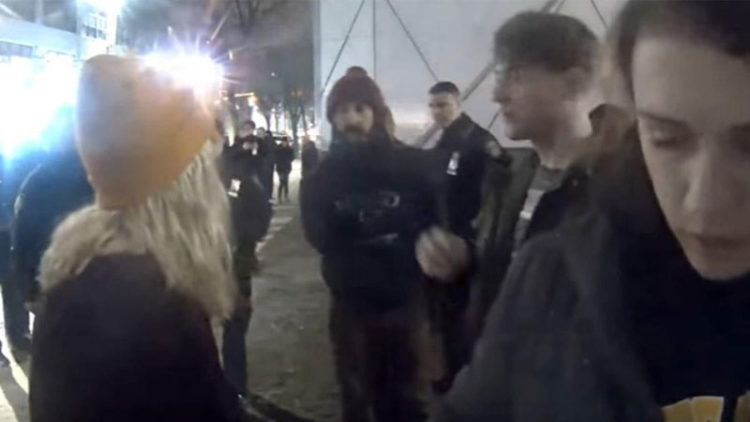