This certainly shoots the liberal mantra down[1] about President Trump banning Muslims in his executive order. The UAE’s Foreign Minister Sheikh Abdullah bin Zayed Al-Nahyan has come out and flatly stated he supports President Trump’s suspension of travel for refugees from seven different Middle Eastern countries fully. He called it a “sovereign decision” and fully within the United States’ rights, and he’s absolutely correct. Al-Nahyan also pointed out that the countries on the refugee freeze list have structural problems. That’s diplomatic speak for being terrorist hotbeds.

The UAE believes Trump when he says this is not about religion, which is more than you can say about the moonbats in America. A federal judge in Seattle halted the ban yesterday. That was a massive overreach by that judge. Now, Trump is having the DOJ file a countersuit. The liberals are trying to force us to let terrorists in. It’s insane. The seven countries listed, namely Iraq, Iran, Sudan, Libya, Yemen, Somalia and Syria, are well-known terror hotspots. Critics are saying the temporary travel ban is not being rigorous enough and arbitrarily leaving out other countries like Saudi Arabia, Qatar and Pakistan, which are arguably more dangerous terror havens. But I wonder if they read the part of the EO that states it is open to adding other countries?

The United Arab Emirates has come out in support of President Donald Trump’s suspension of travel to the United States from seven countries with active terrorist organizations or affiliations.

Moreover, Al-Nahyan added that the order did not seem to be motivated by excluding specific religious groups.

Al-Nahyan was not the only official in the UAE to back Trump’s executive order and others were more blunt about their praise for the move. A senior police official in Dubai tweeted out his “complete support” for the policy, saying that “[e]very country has the right to protect its security.” Yes, they do and no country on earth just lets everyone come in no matter what. Of course the UN is decrying the freeze, saying it will not stop terrorism. But letting in unvetted refugees will? The head of the UN says it violates “our basic principles.” What principles?

The comments[5] by Sheikh Abdullah bin Zayed Al Nahyan, the Gulf federation’s foreign minister, could help bolster the administration’s assertion that the directive was not intended as a ban targeting Muslims. For those detractors from within and without, President Trump’s EO is constitutional and fully within his legal purview. There is nothing unconstitutional or illegal about what he is doing and the legal challenges will fail. Obama had just long enough to stack American courts with uber liberal judges and that will take time to undo. But it will get done. 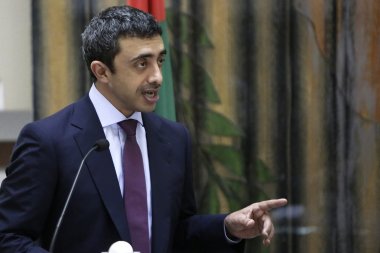