All of you are now familiar[1] with President Trump’s claim of surveillance on Trump Tower. This week[2], Senate Intelligence Committee leaders from both parties, Senators Richard Burr (R-NC) and Mark Warner (D-VA), have issued a disingenuous statement that “no element of the United States government” surveilled “Trump Tower.” They dishonestly evade the fact that media reporting two days earlier had said that British intelligence operating at the behest of the U.S. had likely been implicated in wiretapping Trump and Trump associates, all at the instigation of the U.S. government. I share an opinion with several of my colleagues that surveillance did indeed take place and that the truth is being skirted here.

President Trump met with Germany’s President Angela Merkel this week. While a statement came out of the White House that they would no longer claim that the disputed surveillance took place, Trump seemed to have different ideas on that subject. He joked with Merkel over it: “As far as wire-tapping by this past administration, at least we have something in common.” It was a ha, ha moment, but it goes deeper than that. Trump is keeping the media off balance with the White House saying one thing and Trump himself saying another. All by design and brilliantly executed. 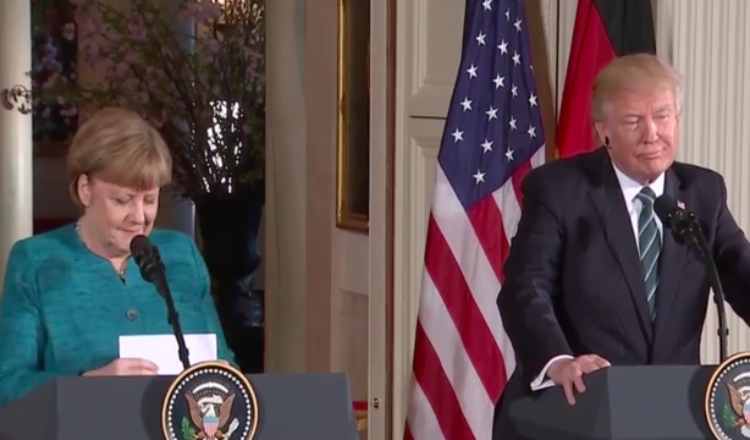 When asked a question by a German reporter about his wire-tapping claims against President Obama, Trump responded by gesturing towards Merkel while saying, “As far as wire-tapping by this past administration, at least we have something in common.”

Trump to Merkel on Obama's wiretapping "at least we have something in common" https://t.co/aEfJefkbZW[4] https://t.co/5BztA5Kx52[5]

For those you may have forgotten, Merkel was a victim of wire-tapping by the Obama Administration in 2010, as alleged by German newspaper Der Spiegel[7]:

Research by SPIEGEL reporters in Berlin and Washington, talks with intelligence officials and the evaluation of internal documents of the US’ National Security Agency and other information, most of which comes from the archive of former NSA contractor Edward Snowden, lead to the conclusion that the US diplomatic mission in the German capital has not merely been promoting German-American friendship. On the contrary, it is a nest of espionage. From the roof of the embassy, a special unit of the CIA and NSA can apparently monitor a large part of cellphone communication in the government quarter. And there is evidence that agents based at Pariser Platz recently targeted the cellphone that Merkel uses the most.

The subject of wire-tapping is a touchy one for Merkel. She was furious over finding out that Obama had tapped her. Trump bringing that to the forefront was no accident and it wasn’t just done for a laugh either. Merkel dead panned the exchange, showing no response to the question or response from Trump. But I’m sure it was not lost on her. I consider Merkel to be a shill for Russia, but she’s certainly not dumb.

I still believe that Obama used the British Intel guys so he would leave no fingerprints behind. They have a long-standing practice under treaty-like intelligence agreements that British intelligence can use NSA facilities and vice versa, for shell-game eavesdropping. The trick is for the two agencies to swap places so that the NSA can deny they are wiretapping and the GCHQ can deny that they are wiretapping. The Brits are trying to escape inbetween these moves in what a key expert has called the US-UK “wiretapping shell game.” The more I watch President Trump, the more I believe the guy is crafty as hell and playing both sides against each other. You gotta love his response to Merkel. 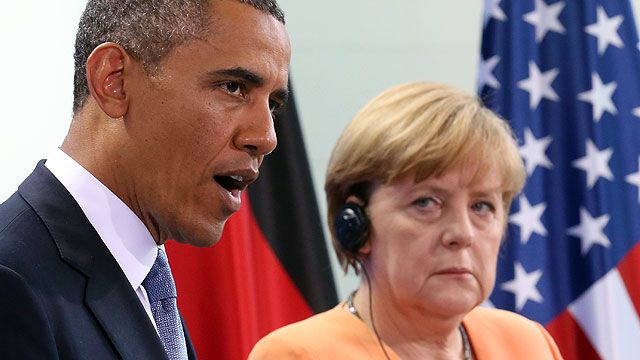