Everyone and their child has a fidget spinner. We don’t really know what they are or why kids like them (I’m a millennial and can’t for the life of me figure it out) but they have been absolutely blowing up. Even the President’s son has one!

That being said, apparently it’s different when you don’t like the parent of a child with the fidget spinner. In that case, it’s perfectly acceptable to mock them and question whether they have “special needs.”

Can we go back to the days of common decency, when children were off limits? That would be wonderful. 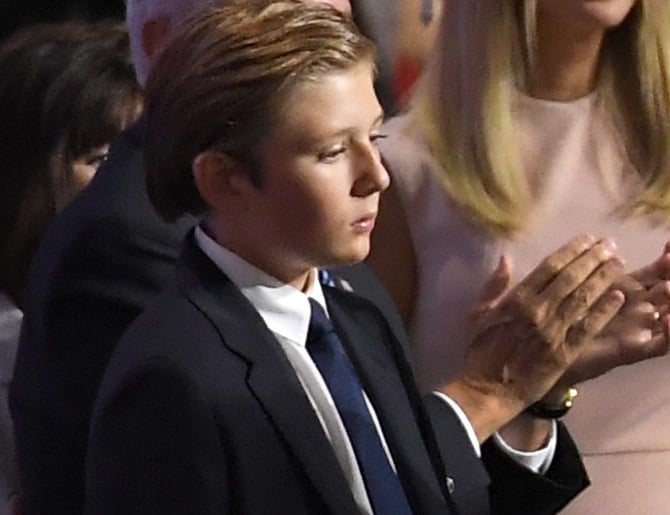 While he and his parents were stepping off of Air Force One, Barron Trump was seen playing with a toy(?) known as a fidget spinner. This prompted hateful leftists to ask if he’s “special needs.” You know, because acceptance and tolerance and stuff.

The New Yorker[2] has a bit of information on this curious new gadget for anyone who might be curious.

Not quite a toy, not exactly a gadget, nor precisely a therapeutic device—and yet, somehow, and infuriatingly, all of those things at once—a fidget spinner is a palm-sized, usually three-pronged object made from plastic or metal or a combination of the two, designed to be spun between finger and thumb… it’s not uncommon for educators and therapists to recommend hand-sized toys, like squishy balls or squeezy tubes, as a concentration aide for kids who have a hard time following classroom rules.

Despite the fact that the item is so prevalent in America’s culture, venomous progressives attacked little Barron online.

fidgetspinner for anxiety? Kid'll need something stronger than that Melania Trump and Barron move into White House https://t.co/ZDDMzHLJ2Q[7]

When you see barron with a fidget spinner… pic.twitter.com/8sAc4qN0Cf[10]

I don’t know what is wrong with these people, but they need to seek help. Who attacks a child over politics?