Much has already been said about Kathy Griffin’s disgusting stunt. The D-list celebrity released photos she had taken with photographer Tyler Shields, in which she was depicted holding a bloody head that resembles Donald Trump. The backlash against Griffin was immediate, but the story only got worse: it turns out that Trump’s son, Barron, saw the image and thought it was real. 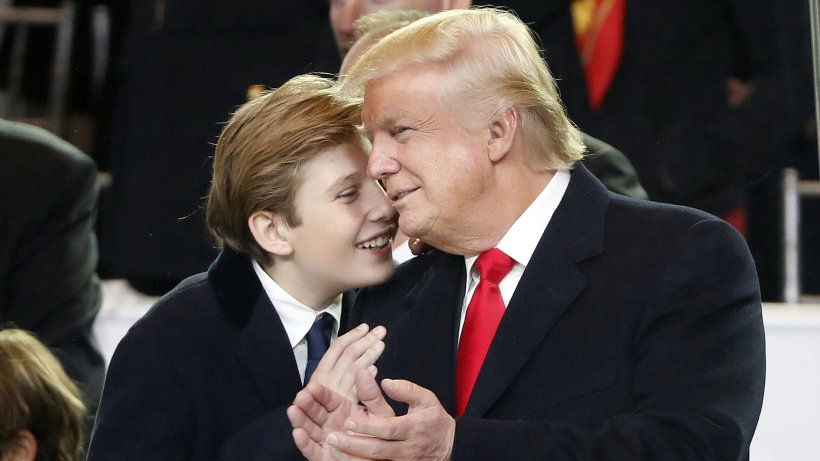 Barron was at home with his mother, Melania, on Tuesday watching television and the news came on. The photo of Griffin holding the bloody head came onto the screen and 11 year-old Barron immediately noticed the resemblance to his dad. Barron immediately panicked and began screaming, “Mommy! Mommy!”

“He’s 11,” a source told TMZ. “He doesn’t know who Kathy Griffin is and the head she was holding resembled his dad.”

Trump slammed Griffin for the stunt on Twitter, specifically pointing out the effect the photo had on his children.

Kathy Griffin should be ashamed of herself. My children, especially my 11 year old son, Barron, are having a hard time with this. Sick!

One of Trump’s older sons, Donald Trump Jr., also took to Twitter to speak out about the image:

Disgusting but not surprising. This is the left today. They consider this acceptable. Imagine a conservative did this to Obama as POTUS? https://t.co/QdghcbIjS7[3]

The #kathygriffin[5] phony apology would be a lot easier to believe if there wasn't a video of her mocking the response she knew was coming.

And I'm counting down having to explain it to my 8 and 10 year olds who I'm sure will see/hear about it at school. https://t.co/efDaLxbXZs[7]

Griffin has frequently appeared on CNN, often appearing as a host for their New Year’s Eve coverage and many have wondered if her contract with the network will be terminated. But CNN’s response has been vague. “We found what she did disgusting and offensive,” a CNN spokesperson said. “We are pleased to see she has apologized and asked that the photos be taken down. We are evaluating our New Year’s Eve coverage and have made no decisions at this point.”

Meanwhile, Squatty Potty had lined up an endorsement deal with Griffin, but they already moved to pull their ad campaign with her. “It was deeply inappropriate and runs contrary to the core values our company stands for,” Chief Executive Officer Bobby Edwards said in a statement. “We have acted swiftly and decisively to demonstrate our commitment to a culture of decency, civility, and tolerance.”

For her part, a behind-the-scenes video of the photo shoot made it clear that Griffin knew exactly what she was doing. “We have to move to Mexico today, but we’re going to go to prison — federal prison,” she joked. “We’re not surviving this, okay?”

Griffin has the right to free speech and insists that her photo not only wasn’t meant as a threat, but was not meant to indicate that she condones violence. But it seems that she was right from the beginning. Her barely-existent career might not survive this.