Beautiful Video: Trump Tosses #Blacklivesmatter Heckler From Rally: ‘Get Him the Hell Out of Here!’

Donald Trump doesn’t want his speech in Alabama interrupted by rude hecklers, which is why he had a #BlackLivesMatter protester escorted out. 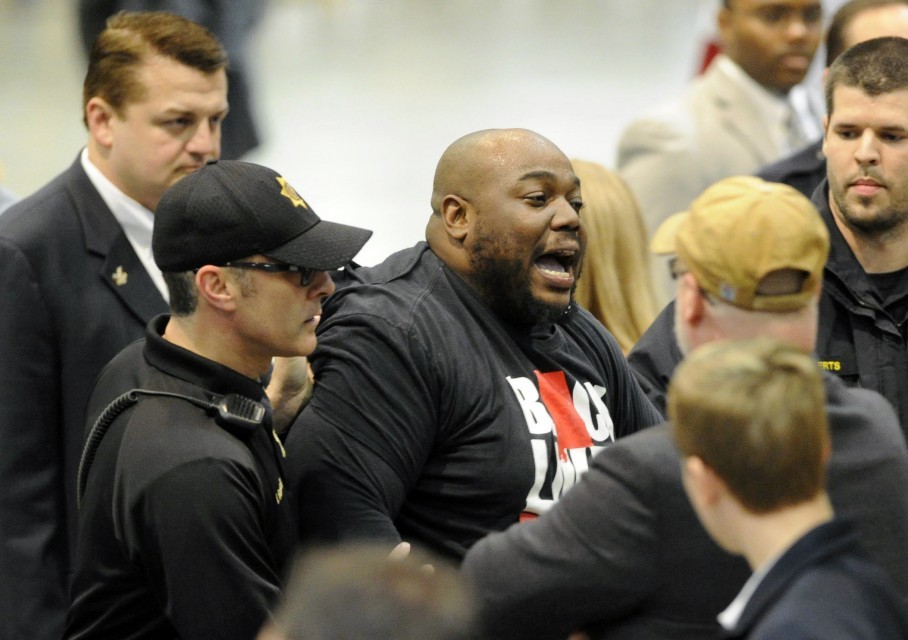 [1]The protester disrupted Trump during his speech, pulling off a sweatshirt to reveal a “Black Lives Matter” t-shirt and heckling the Republican candidate.Trump yelled out “get him the hell out of here” as the crowd of 3,000 went wild and booed the protester as he was escorted out by security.

If black lives mattered so much, then what’s this guy doing at a Trump speech? Visit Chicago where people kill each other every day. Or maybe sit outside of an abortion clinic and stop the black girls from killing babies in the second trimester. #BLM has NO agenda.