There’s nothing that inspires more fear-driven respect than seeing a bunch of burly, angry bikers approaching your adorable little “protest.” No matter how much you believe in whatever is written on that unoriginal sign you’re holding, you step out of the way when you see they’re coming through.

The video is simply magical. 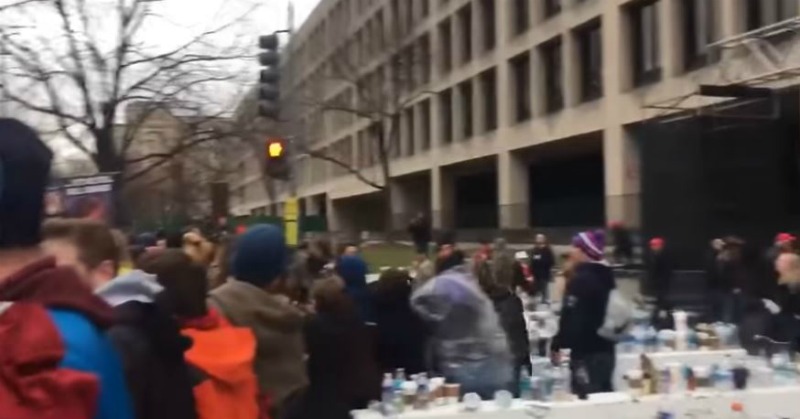 I don’t know what it is with liberal protestors and the need to block roads and keep people from getting where they need to go, but that is a trend that should have been left in 2016.

While innocent people were headed to the inauguration of President Donald Trump, a line of protestors formed a human chain, preventing them from passing. The bikers weren’t having it.

You can see in the video that these men were having to physically pull people through the protestors in order to get them into the event. Turns out a bunch of grass-munching wimps aren’t much of a match for a large biker. Who would have guessed?

Don’t you love how the little snowflake yelled “You’re on camera!” as if that was supposed to make the biker tuck his tail between his legs and run?

What’s interesting is that they also have a group of protesters illegally preventing people from freely traveling to a lawful destination.