‘BIKERS FOR TRUMP’ Just Put Liberals On NOTICE – ‘Behave During Inauguration, Or Else’ [VIDEO]

I hope the roar of the Bikers for Trump[1] arriving in DC causes cold fear to go down the spines of these protesters. If they have any sense, it will… but alas, sense is not something most of them have. 200,000 Bikers for Trump will be arriving in our nation’s capitol and they are putting liberals on notice… behave during the Inauguration or answer to us. They will work with the police and the National Guard, but make no mistake, they will defend and protect Trump supporters.

As I understand it, Bikers for Trump applied for a permit in DC and were initially denied. Chris Cox told them that if they could not get a permit, they would just spread out among the protesters. Next thing you knew, they were the only pro-Trump group to get a permit. The rest were snatched up by anti-Trump groups. Frankly, I think this is going to get very confrontational. But so be it. The bikers aren’t backing down and this time if radicals want to dance, they’ll have dance partners. 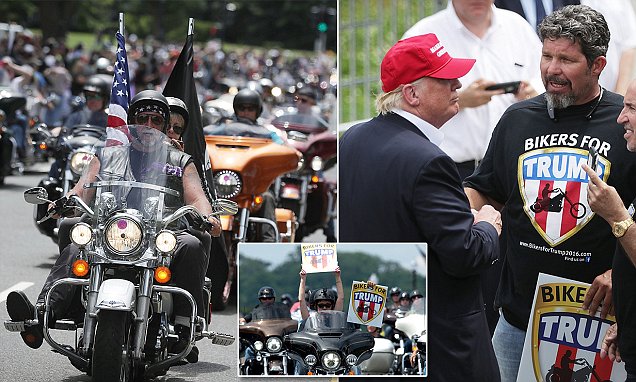 If you’re a leftist and you want to cause trouble on Inauguration Day, Bikers for Trump would like you to know that you’re going to have to go through a “wall of meat” to do it.

In an appearance on “Fox & Friends[3]” on Saturday, Chris Cox[4] — the leader of the Bikers for Trump group — announced that his 5,000-strong contingent of bikers at the inauguration will protect Trump supporters from liberal protesters who get too rowdy

“In the event that we are needed, we will form a wall of meat,” Cox said. “We’ll be shoulder to shoulder with our brothers, and we’ll be toe-to-toe with anyone who’s going to break through police barriers.”

According to Fox News, Cox’s group has grown from just 100 riders when it started back in Virginia Beach in October, 2015, to over 200,000 members now. They plan on being one of the biggest pro-Trump contingents at the inauguration — which is good, considering they say on their Facebook page that most of the permits have gone to the anti-Trump crowd.

“We have the only pro-Trump permits for the inauguration,” a post[5] from November reads. “Anti-Trump groups have gobbled up all other areas and are actively preparing and advertising for people to join their effort to cause chaos and mayhem. Remember the Bikers For Trump standing toe to toe against (Black Lives Matter) and shoulder to shoulder with law-enforcement at the RNC[6] in Cleveland, Ohio.”

The group plans to honor veterans during an event at John Marshall Park, held during lunch recess on Inauguration Day. They will also be forming what they call a ‘wall of meat’. That means that if the protesters want to get at patriots, they are going to have to go through the bikers.

I don’t take this lightly. My friend Trevor Loudon went undercover at a meeting where they were planning to hold a dance party in front of Mike Pence’s home and do other disruptive and sometimes violent things during the Inauguration. James O’Keefe of Project Veritas is releasing a video today that he has turned over to the Feds because the groups in it are very reminiscent of the Weather Underground. They threaten bombings and other terrorist acts. So, I’m glad that 200,000 Bikers for Trump will be there along with the police, security and the National Guard. We may need them. 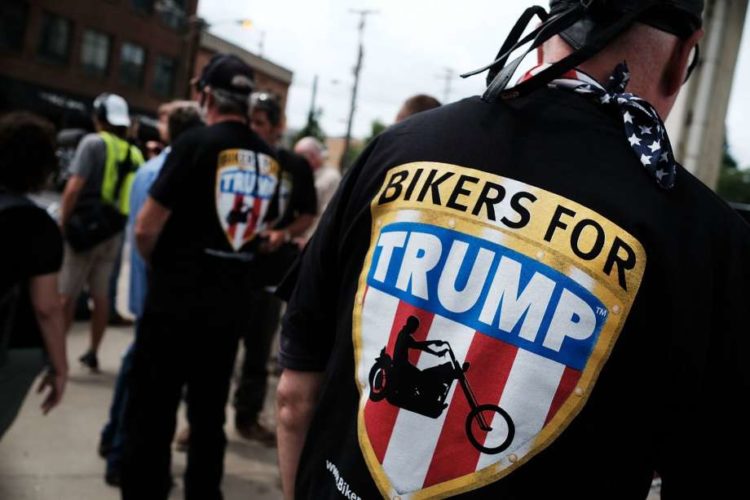