You would think that the people who spend their free time lecturing the rest of us about tolerance and equality would actually, you know, practice what they preach. Apparently that’s too much to ask for in this day and age.

It turns out that black liberals are as hateful toward black conservatives as they claim white conservatives to be. If that sounds confusing, that’s because there isn’t much logic going on over on that particular side of the aisle. 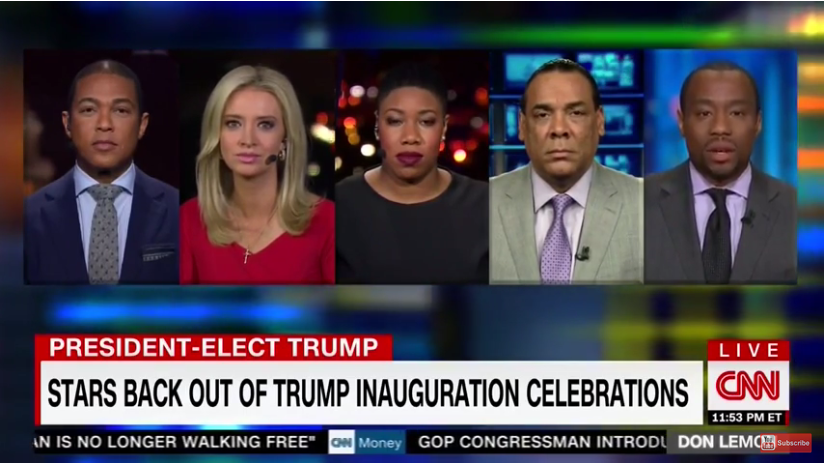 As a guest on Don Lemon’s CNN show, Marc Lamont Hill[2] discussed Steve Harvey and other African Americans who are visiting the White House.

The segment got out of hand when Hill got agitated and began to call those blacks who met with Trump “mediocre negros.”[3]

Can you imagine if a white person had said that?

Hill said that rather than having “experts” who would “challenge the president,” the Trump team has invited black athletes and entertainers to meet with Trump.

As a member of the Trump diversity team, Bruce LeVell took exception to Hill’s remarks and asked how he knew what transpired in the meeting.

Of course, there is no way for Marc to know what went on during those meetings, or what was discussed, but that’s not gonna stop him from throwing in his two-cents.

Hill responded, “It was a bunch of mediocre negroes being dragged in front of TV as a photo op for Donald Trump’s exploitative campaign against black people, and you are a prime example.”

CNN has become a laughing stock in the media business and it’s a wonder they have enough viewers to keep the lights on.