Condoleeza Rice has had a change of heart[1] when it comes to President Trump. Initially, she did not support him and said he lacked the dignity and stature to be President of the United States. She now finds him ‘engaging’. She also found him very informed, which is a high compliment from someone like Rice. She is extremely concerned over North Korea, just as everyone in the military and intelligence communities are these days. Trump has said he is willing to meet with Kim Jong-Un, but we are so far from that possibility, that I find it nothing more than a diplomatic statement.

I have long warned over the Hermit Kingdom, no matter how clownish or blustery they appear. They are extremely dangerous and they are intimately tied to China, Russia and Iran. Rice not only heavily warned on the NoKos, she warned about withdrawing around the world as it leaves a vacuum for our enemies to grow and spread. Evil will grow and extend given the chance and there’s plenty of that in the world these days just looking for the right opportunity to kill, enslave and conquer. We are now sending more troops to Afghanistan and I support the President in this move. It is where a lot of the Jihadist terrorism launches from. It comes down to[2] killing them there or killing them here. 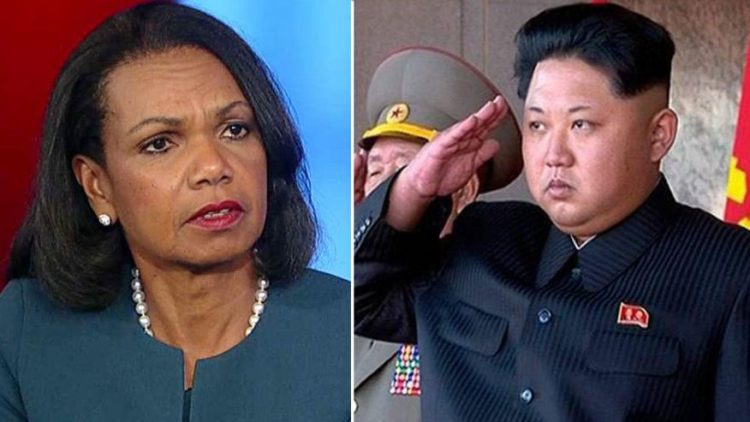 Condoleezza Rice has adopted a new perspective on the president.

Though she once said Donald Trump should drop out of the race because he didn’t have “the dignity and stature” to be president, Rice told Politico Playbook in an interview Tuesday that she “found him engaging” when the two met in the Oval Office last month.

“I found him on top of his brief, and I found him asking really good questions,” Rice said.

Rice, who served as secretary of state under George W. Bush, said North Korea is her biggest national security concern at the moment.

“North Korea keeps me up at night,” Rice said. “Well, it doesn’t keep me up at night anymore but if you were in those positions, it would keep you up at night. Because the North Koreans have made a lot of progress in their programs.”

Rice praised the Trump administration on Fox News’ “Hannity” Monday for its work with the Chinese government on confronting North Korea’s regime over its burgeoning nuclear weapons program. However, again I would caution everyone on the Chinese. Nothing is ever what it seems with them and they are not an ally. North Korea is a proxy for the Chinese and I would be greatly surprised if they do anything of merit to rein them in.

Rice, now a professor at Stanford University, also told host Sean Hannity that Trump’s decision to strike a Syrian military airfield during the summit helped reestablish American credibility on global issues. “Credibility is not divisible,” Rice said. “When you are not credible about Syria, you’re not credible about North Korea. When you are credible about Syria, by having made that strike … it got the Chinese’s attention. When you say the United States means what it says and it will do what it says it’s going to do, it matters.” On that point, I wholeheartedly agree. Weakness is deadly in geopolitical chess. Peace through strength is the only way to survive as a world power.

Rice described the situation on the Korean Peninsula as “very bad” and “dangerous” and said Trump had to keep working to “get the Chinese to change their calculation. You have to now say to the Chinese, ‘All right, time to really get tough,'” Rice told Hannity. “Because it’s not a choice between a nuclear North Korea and the collapse of the regime. It is a choice between ‘You do something about the regime or we will.'” I fervently hope that we are truly prepared to ‘do something’… because in the end, we will have to. 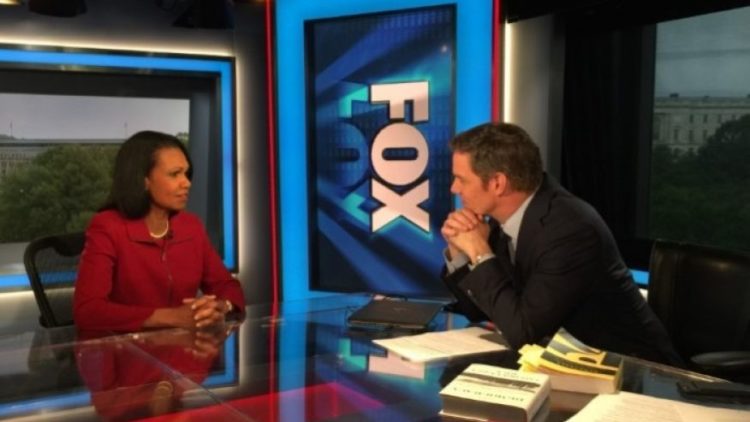