The President went after Vanity Fair magazine on Twitter over an apology they offered to Hillary Clinton. This is our President folks. They took a potshot at Mrs. Clinton and faced the rage of every blue armpit-haired feminist on social media. 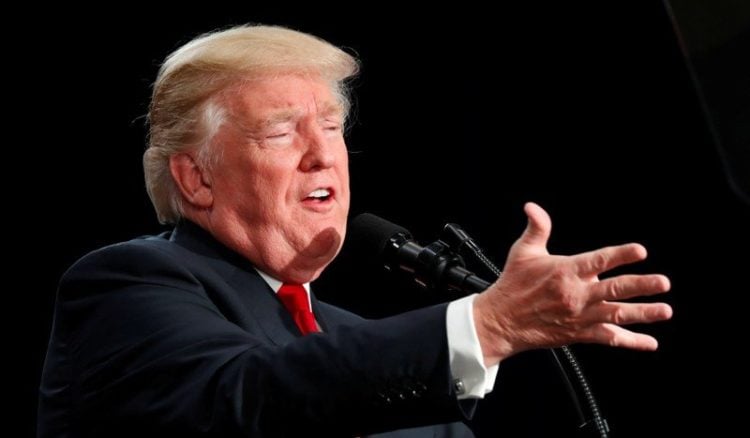 “Vanity Fair, which looks like it is on its last legs, is bending over backwards in apologizing for the minor hit they took at Crooked H,” Trump wrote on Twitter.

Vanity Fair, which looks like it is on its last legs, is bending over backwards in apologizing for the minor hit they took at Crooked H. Anna Wintour, who was all set to be Amb to Court of St James’s & a big fundraiser for CH, is beside herself in grief & begging for forgiveness!

Trump was referring to a Vanity Fair video that implored Hillary to “take up a new hobby in the New Year” like volunteering, knitting or sketch comedy in order to distract her from running for office. She would probably be funnier than the current iteration[3] of Saturday Night Live, so I guess that was some good advice.

Vanity Fair apologized for the video after the feminazi brigade expressed their displeasure. “It was an attempt at humor and we regret that it missed the mark,” they said. Why would you kowtow to these people? I thought it was fine humor. Not the best, but a fair attempt.

Vanity Fair is one of Trump’s whipping posts on Twitter.

Has anyone looked at the really poor numbers of @VanityFair[4] Magazine. Way down, big trouble, dead! Graydon Carter, no talent, will be out!

I have watched sloppy Graydon Carter fail and close Spy Magazine and now am watching him fail at @VanityFair[4] Magazine. He is a total loser!

I wonder what the work atmosphere is like @VanityFair[4]. It must be hard working at a dying institution.

After the election, Vanity Fair criticized Trump Grill in Trump Tower, saying it had the potential to be the “worst restaurant in America.”

In November, the Trumps issued a statement criticizing the magazine for publishing a story saying a “longtime friend of the Trumps” claimed Melania Trump never wanted her husband to run for President.

“Once again part of the liberal media, this time Vanity Fair, has written a story riddled with unnamed sources and false assertions,” a spokesperson said in a statement. “As a magazine tailored to women it is shameful that they continue to write salacious and false stories mean to demean Mrs. Trump, rather than focus on her positive work as First Lady and a supportive wife and mother. As has been stated on the record many times before, she is honored by her role.”

Melania, our great and very hard working First Lady, who truly loves what she is doing, always thought that “if you run, you will win.” She would tell everyone that, “no doubt, he will win.” I also felt I would win (or I would not have run) – and Country is doing great!