BOOM! Trump Drops A BOMB On Court That HALTED His Sanctuary City Order…

I do believe[1] that President Trump has just about had it with the Ninth Circuit Court of Appeals. He’s looking at proposals to break it up and people will cheer him if he gets it done. That court has absolutely been stacked by progressive Marxists and makes a mockery of our legal system. It should have been broken up long ago. It doesn’t represent the people and states it covers. Constantly blocking legal moves by the President of the United States is just the latest in a stream of illegal and unconstitutional moves seen from the Ninth Circuit. It has been a non-stop thorn in the side of Republicans and simply must be addressed.

The straw that broke the court’s back is putting a temporary halt to Trump’s executive order to cut off funding to illegal sanctuary cities. After U.S. District Judge William Orrick showed what a liberal justice whore he is once again for the left, it became glaringly obvious that the court had been weaponized for politics. This time, it will go all the way to the Supreme Court where I highly doubt Orrick’s ruling will stand. There is already a bill in Congress that would break up the Ninth Circuit. I sure hope it goes through. “Shortly after November’s general election, congressional Republicans started working on a bill that would remove six states from the Ninth Circuit to create a new federal judicial district. (A similar bill was stalled in Congress last year.)” 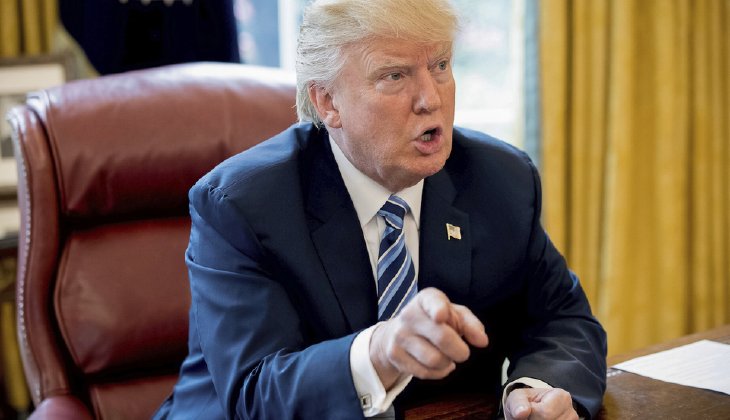 President Trump said Wednesday that he has “absolutely” considered proposals that would split up the 9th Circuit Court of Appeals, where judges have blocked two of his executive actions.

“Absolutely, I have,” Trump said of considering 9th Circuit breakup proposals during a far-ranging interview with the Washington Examiner at the White House. “There are many people that want to break up the 9th Circuit. It’s outrageous.”

His comments came one day after U.S. District Judge William Orrick temporarily blocked[4] Trump’s efforts to withhold funds from any municipality that refuses to cooperate with immigration enforcement officers. Orrick, based in San Francisco, argued that Trump had overstepped his authority in January when he directed the Justice Department to put immigration-related conditions on grants for so-called sanctuary cities that may not be directly related to law enforcement. The case, if appealed, would go before the 9th Circuit.

The Ninth Circuit Court of Appeals is overwhelmingly liberal. It is populated by judges appointed by Democrats outnumbering judges appointed by Republicans 18-7. That’s not anywhere near being a balanced court and therefore they legally go rogue whenever they feel like it. They think they are untouchable, but that may come to an end sooner than they think. Americans are so done with a court that works against their best interests.

Trump has said that opponents of his policies have engaged in “judge shopping” in their efforts to find a sympathetic judicial platform for their partisan objections. “You see judge shopping, or what’s gone on with these people, they immediately run to the 9th Circuit,” Trump said. “It’s got close to an 80 percent reversal period, and what’s going on in the 9th Circuit is a shame.” With a conservative Supreme Court and Republicans controlling both the House and the Senate, Trump’s initiatives are likely to go through. But they are being needlessly stalled here.

In John Hawkins’ New book[5], ‘101 Things All Young Adults Should Know’, he teaches in chapter 51 of the book, “Prepare in case it all goes wrong.” That is what President Trump is doing here with the Ninth Circuit… he’s already had the executive order sent to a higher court to overturn them. But what really needs to be done to fix this roadblock, is to split the court into two courts where partisanship and corruption have less of an influence on issues like this. 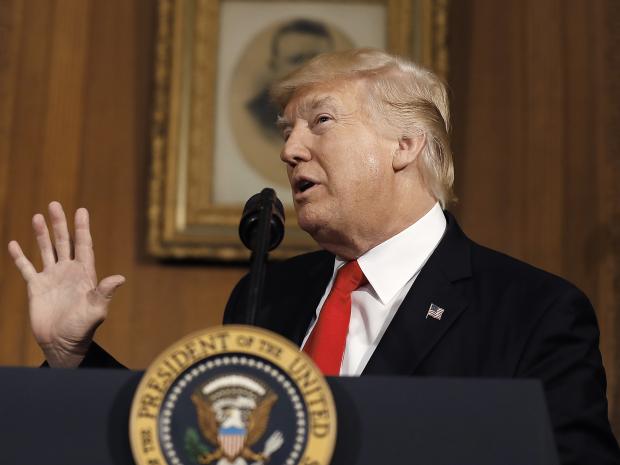